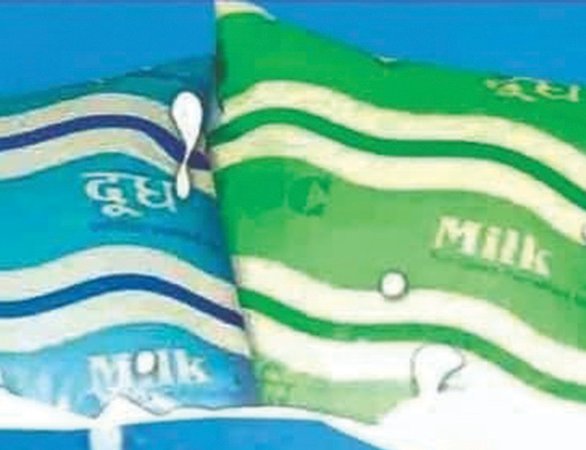 Dairy Development Corporation (DDC), the Government owned company, decided to increase the consumer price of milk by Rs. 9 per litre to Rs. 85 reports The Rising Nepal.

A meeting of board of directors of the government-owned Dairy Development Corporation (DDC) held on Wednesday decided to increase the consumer price of milk by Rs. 9 per litre to Rs. 85.

The consumer price of processed milk was Rs. 76 per litre.

Earlier, the cabinet meeting had fixed Rs. 56.04 per litre for farmers by increasing Rs. 6.52 per litre.

The DDC has revised the price of milk as per the decision of the Cabinet meeting held on January 31, 2022, said Rajendra Prasad Adhikari, information officer of the Corporation

With the revised milk price, the price of standard milk (3 per cent fat with 8 per cent solids-not-fat) in Kathmandu, Biratnagar, Hetauda and Janakpur has reached Rs. 85 per litre, he said.

Similarly, the price of a litre has been fixed at Rs. 81 in Butwal, Rs. 79 per litre in Nepalgunj and Dhangadhi areas.

Earlier, the price of standard milk in Kathmandu, Biratnagar, Hetaunda and Biratnagar was Rs. 76, in Butwal Rs. 72 and in Nepalgunj and Dhangadhi Rs. 70 per litre.

Adhikari said that the DDC has revised the price of all types of milk based on the processed standard milk and geographical collection centre.

He said that the government has been adjusting the price of milk, analysing the data of consumers and farmers as well.

He said that they fixed the milk price considering the consumers and respecting the farmers’ labour and the production cost.

Speaking at a press conference, Adhikari said that the revised price of milk will come into effect from Friday (February, 11, 2022)

On Wednesday, the Ministry of Agriculture and Livestock Development had given permission to the DDDC to increase the price of milk. The government had earlier fixed the milk price at Rs. 49.52 per litre while the retail price of milk was fixed at Rs. 76 per litre in September, 2019.

IFC Appointed Riccardo Puliti As Its New Regional Vice President For Asia And The Pacific By NEW SPOTLIGHT ONLINE 5 days, 6 hours ago