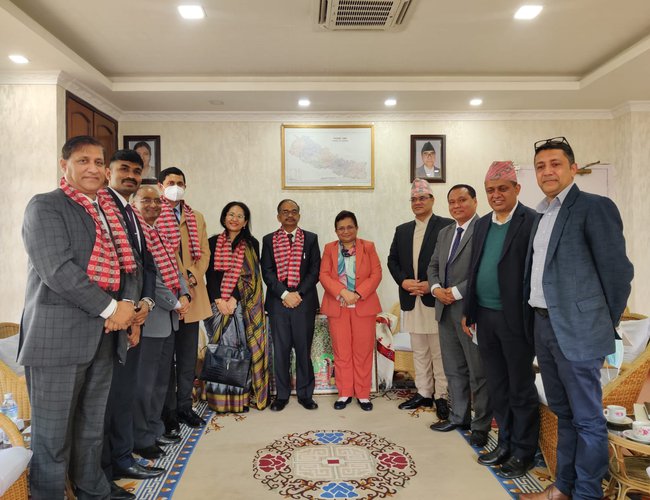 A delegation from India comprising the secretary at the Ministry of Power, Alok Kumar, including others today paid a courtesy to Minister for Energy, Water Resources and Irrigation, Pampha Bhusal.

n the occasion, the Minister stressed the need for mutual cooperation for the utilization of Nepal’s hydropower and thus advancing towards the path of economic prosperity.

“Nepal’s hydropower should be utilised for the cause of both countries and a bilateral cooperation is needed for the same.” She shared. The Minister further echoed the need of creating an atmosphere for energy trade in the third countries as well.

She urged the southern neighbour to help build the atmosphere for Nepal’s energy trade in the Indian market, hoping that India as a good and close neighbour of Nepal would support its friend nation in achieving prosperity. “I hope that meeting of energy officials (joint secretaries) from Nepal and India underway in Kathmandu would be productive towards that end”, he mentioned.

In response, the power secretary was of the view that power trade would help further strengthen the bilateral ties, adding that India was always positive for building an environment conducive for energy trade. As he hinted, India was positive for promoting transnational power trade.

He expected the meeting would yield good results, adding the implementation of the Arun III project was going on in full swing and the completion of it would contribute to further consolidating the bilateral ties between the two neighbours. 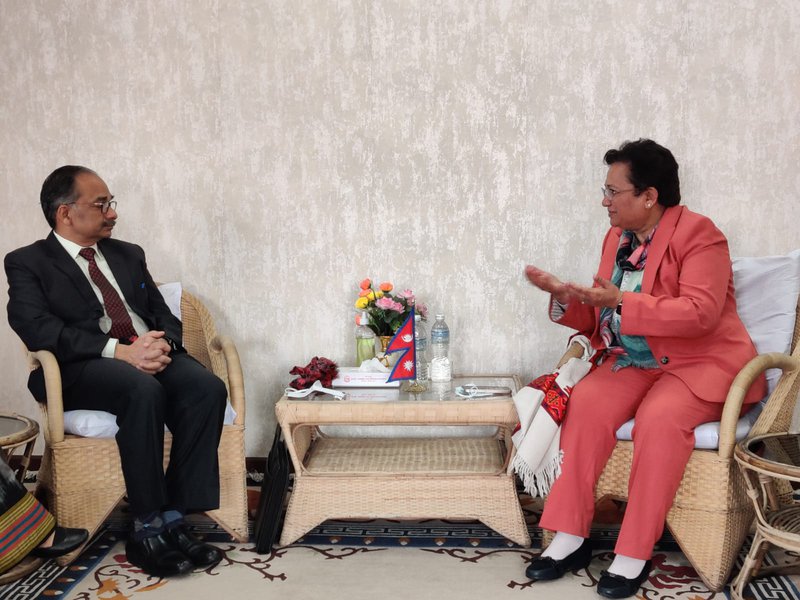 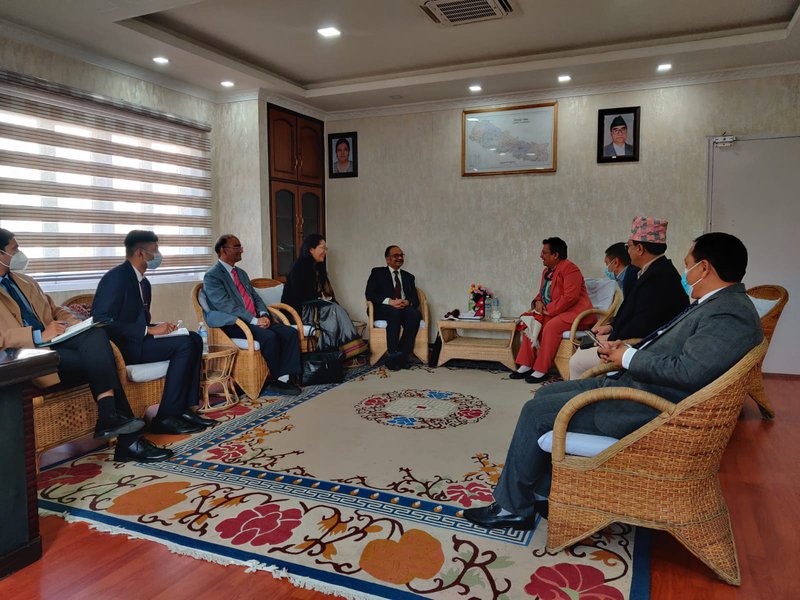