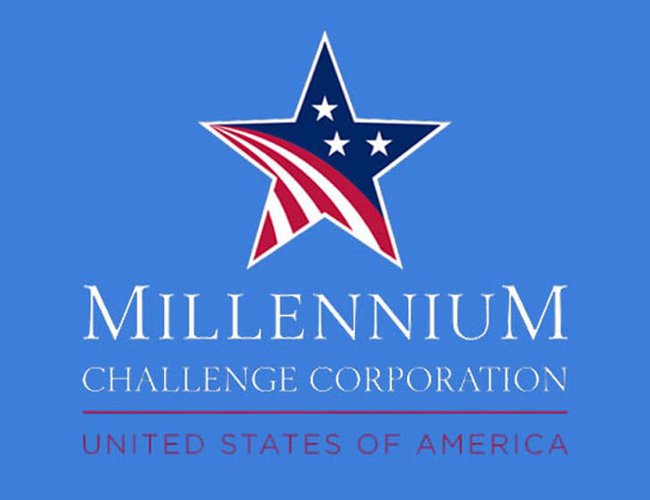 The Millennium Challenge Corporation (MCC) has acknowledged the Federal Parliament of Nepal’s decision to ratify the $500 million compact between MCC and the Government of Nepal on February 27.

The decision to ratify the Nepal Compact has always rested with the Government of Nepal as a sovereign democratic nation.

Issuing a press statement MCC stated that the ratification of the compact enables work to continue towards implementing the five-year program, which will create the conditions for a more reliable supply of electricity, lower transportation costs, and help create more jobs for the Nepali people.

The Government of Nepal signed the MCC grant in 2017 after determining its goals to modernize Nepal’s energy and transportation sectors with the hope of helping more than 23 million Nepalis, which is nearly 80 per cent of the total population.

"This year marks the 75th year of diplomatic relations between Nepal and the United States. During these 75 years, Nepal has seen monumental and incredible changes. MCC and the American people have stood with Nepal through these changes and supported the country with development aid, disaster response and preparedness assistance, health and education programs, and more." Press Statement reads, "The United States’ relationship with Nepal is broader than one agreement, and we will continue to support the country, its democratic values, and its long-term economic prosperity."

In the nearly 20 years since its inception, MCC compacts have helped alleviate poverty around the world by forming partnerships with developing countries that are committed to economic freedom, investing in their citizens, and good governance, which includes promoting democratic principles and combatting corruption. 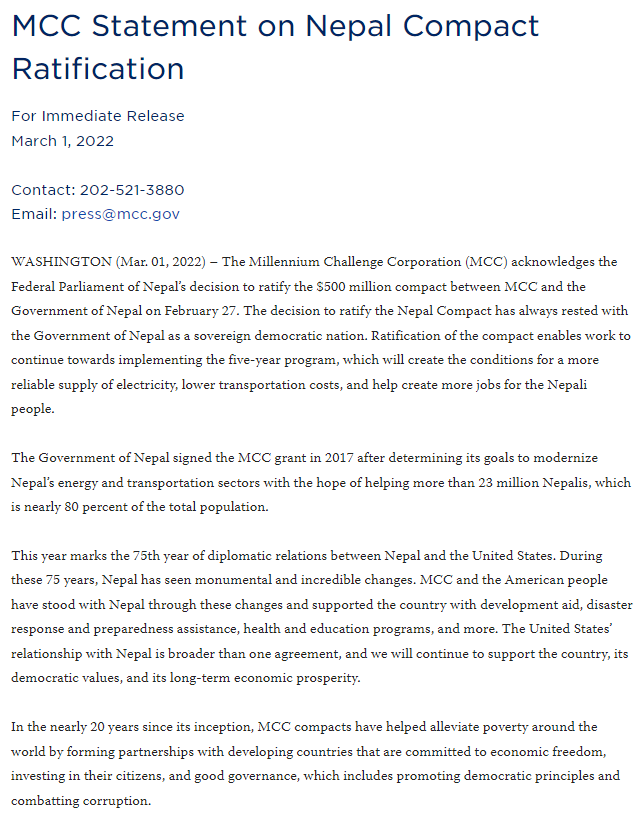 Supporting Nepal Is A Priority For The US: USAID Administrator Samantha Power By Agencies 1 hour, 36 minutes ago