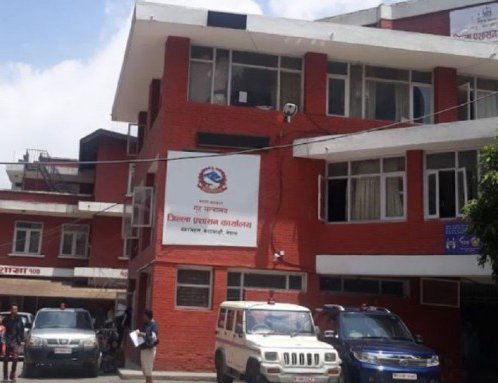 The partial restriction order imposed after the outbreak of the third wave of COVID-19, mainly due to Omicron and Delta variants, in the Kathmandu Valley is coming to an end from Saturday (March 5) reports The Rising Nepal.

The District Administration Office (DAO), Kathmandu, issuing a statement on Friday said that partial restriction order imposed on some sensitive areas and places would be lifted completely from Saturday.

Govinda Prasad Rijal, Chief District Officer of Kathmandu, said that all types of restrictions imposed during the smart lockdown in the Kathmandu Valley are lifted as per the recommendation of the COVID-19 Crisis Management and Coordination Centre (CCMCC).

The government had implemented smart lockdown in the Valley on January 15 and when the cases of the omicron started decreasing, partial smart lockdown had been in place since February 6.

The DAO had relaxed the activities other than public meetings, mass gathering, and mass fares including marriage ceremony after February 6.

It had also been made mandatory to have digital or manual vaccination cards while visiting shopping malls, department stores, and the government offices from February 6.

Similarly, complying with the restriction, night businesses such as dance bar, rehearsal, dance hall, lounge, pub and club were allowed to operate only till 10 pm from February 13.

Also, the government had allowed conducting academic session physically from February 13 after the cases went down sharply.

CDO Rijal said that opening all the activities doesn’t mean that people don’t need to wear facemask now, it is for the personal hygiene, and to others as well while moving out in the public places the daily reports..

China Reports Over 6,300 COVID-19 Patients Died In The Week Through Thursday By Agencies 1 day, 10 hours ago

WHO To Decide Whether COVID-19 Remains Global Health Emergency By Agencies 3 days, 10 hours ago