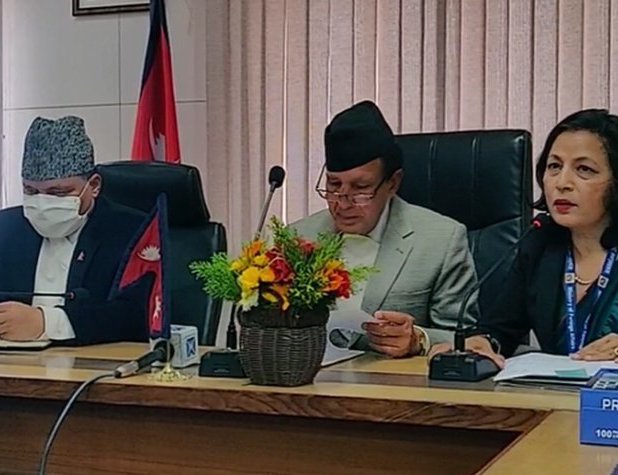 Foreign Minister Dr. Narayan Khadka has informed that 533 Nepalis have safely exited from Ukraine and reached neighboring countries of Ukraine.

He said that of those rescued from Ukraine, 427 reached Poland while remaining others are in other countries, and they all are safe.

He also thanked the Indian government for the help to rescue the Nepalis in Ukraine by the Indian rescue team at a press briefing in the Ministry today.

Foreign Minister Khadka also said that Nepal had voted in favor of Ukraine in the 11th emergency meeting of the UN. The Minister claimed that Nepal voted for Ukraine in line with the non-aligned foreign policy of the country.

The EU And Nepal Hold Their 14th Joint Commission By NEW SPOTLIGHT ONLINE 11 hours, 29 minutes ago