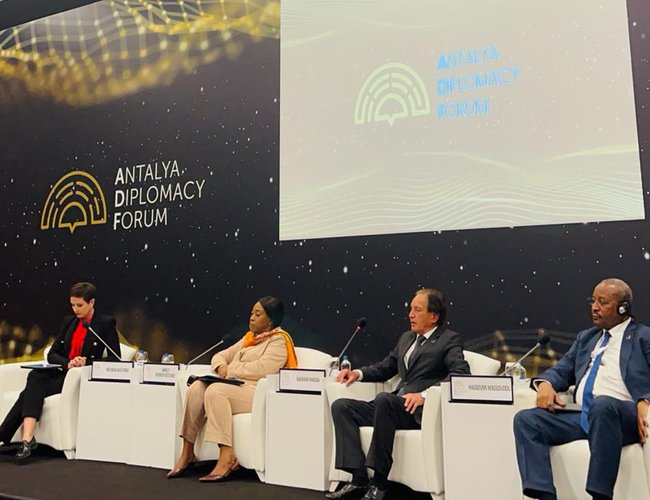 Minister for Foreign Affairs Dr. Narayan Khadka, who is on a visit of Turkey to participate in the Antalya Diplomacy Forum, addressed the panel on 'Democratic Governance and Security' and shared his perspectives on the role of democratic governance in creating a peaceful, stable and prosperous society.

Highlighting Nepal's journey marked by struggles in the institutionalization of today's inclusive democracy, Minister Dr.Khadka underlined that ‘Democracy is the best guarantor of security’. He stressed that people's aspirations must be met in order to sustain democratic governance.

According to a press release issued by Ministry of Foreign Affairs, Forum, Minister Dr. Khadka continued his high-level engagements. He met with Minister of Economy of the United Arab Emirates Abdulla bin Touq Al Marri.

In the course of discussion, Minister Al Marri stated about his Government's priority to countries like Nepal for trade, investment and other areas of cooperation and requested for a list of feasible investment projects in Nepal. Minister Dr. Khadka appreciated the Government of the UAE for its continued goodwill and support. 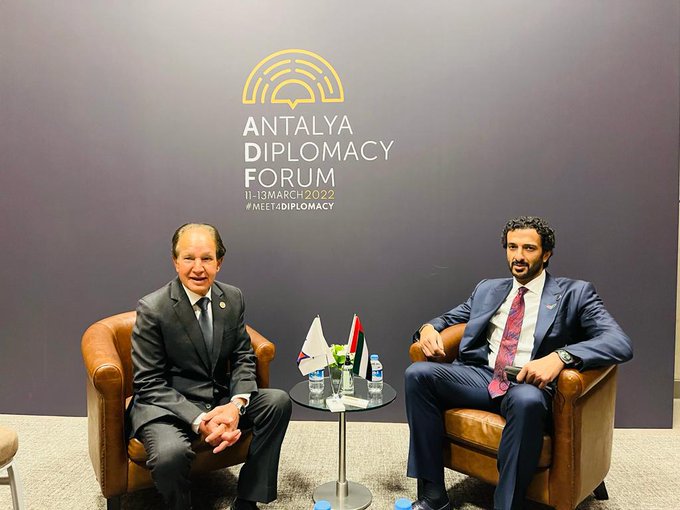 Kairat Sarybay, Secretary-General of Conference on Interaction and Confidence Building Measures in Asia (CICA), paid a courtesy call on Minister on the sidelines yesterday. During the meeting, Sarybay briefed about the organization's activities in promoting multilateralism and connectivity in the region.

Earlier,. Minister Dr. Khadka attended a reception hosted by the President of Turkey in honour of the visiting delegates. Following the conclusion of the event, he is scheduled to leave for Kathmandu this evening.