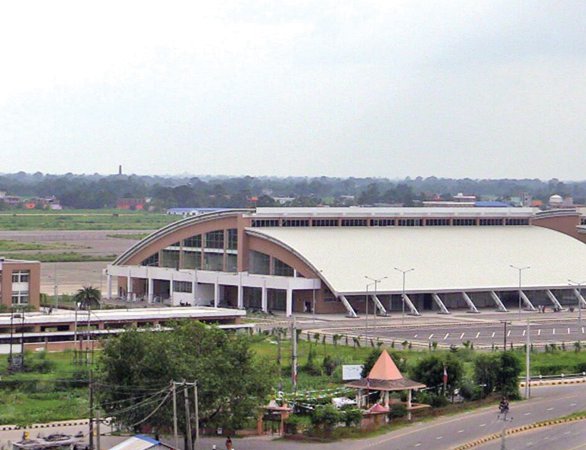 Preparation is underway for the operation of international flights regularly in a commercial manner from May 16 after Minister for Culture, Tourism and Civil Aviation, Prem Bahadur Ale, directed the Civil Aviation Authority of Nepal to make arrangements for the operation of international flights at the airport as soon as possible.

According to the CAAN, Jazeera Airways of Kuwait, SriLankan Airlines of Sri Lanka, Nepal Airlines Corporation, Qatar Airways and Thai Smile Airlines Company of Thailand have come in CAAN's contact for the same.

Director-General of CAAN, Engineer Pradeep Kumar Adhikari, said, "Some of the airline's companies have shown interest to operate the service at Gautam Buddha International Airport. We have been making preparation to grant permission to the airlines after completing all the studies."

The CAAN has already issued an 'Aeronautical Publication Information' a few days ago for the operation of commercial flights.

Similarly, Chief of Gautam Buddha International Airport, Govinda Prasad Dahal, said that problems have surfaced in some activities due to a lack of human resources. Out of 151 quotas, there are only 36 staff at the airport.

The government has been making preparation to bring the Gautam Buddha International Airport into operation from May 16 (on the occasion of Buddha Purnima).

More Than 55,000 Foreign Tourists Enter Nepal Via Plane In January By Agencies 4 days, 17 hours ago

POKHARA INTERNATIONAL AIRPORT Inaugurated With Fanfare By A Correspondent 2 weeks, 6 days ago

OPENING CHINA Concern for Nepal By A Correspondent 2 weeks, 6 days ago

CAAN Has Taken Technical Tests On All ATR Aircraft By Agencies 2 weeks, 6 days ago