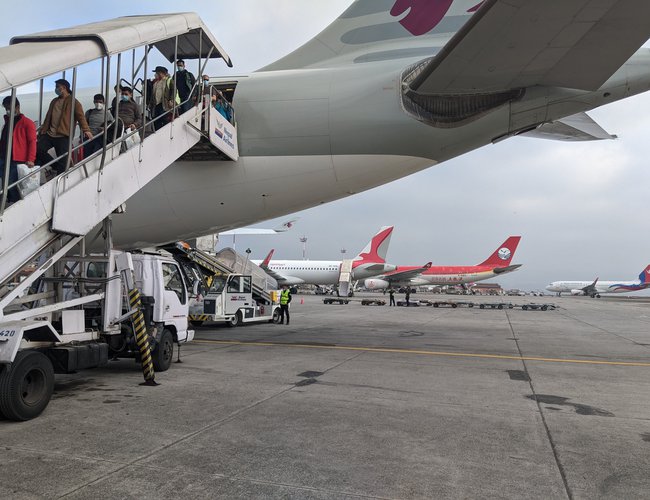 Tribhuvan International Airport (TIA) would be brought into operation round the clock from May 29 reports RSS.

Nepal Civil Aviation Authority of Nepal (CAAN) has made preparation to bring the international airports into operation round the clock to manage the increasing flow of passengers.

CAAN Director-General, Pradeep Adhikari, said that the TIA would provide 24hour service from May 29, Republic Day.

Talking to RSS, Adhikari shared, "The CAAN released a plan after the frequent directions of Tourism Minister Prem Bahadur Ale.

The flow of passengers at international airports and domestic airports has increased after the COVID pandemic.

He said, "There is a need of improvement of infrastructures in all international and domestic airports as well as standardization of service. It is also necessary to give a message that the Nepalese sky is safe. So we have been involved in the effective management of airports."

Earlier in 2075 BS, the then Tourism Minister late Rabindra Adhikari had brought the TIA into operation for 21 hours from 18 hours.

Adhikari mentioned that though the runway of Gautam Buddha International Airport would come into operation from April 21, the airport would host international flights from May 16, the Day of Buddha Purnima.