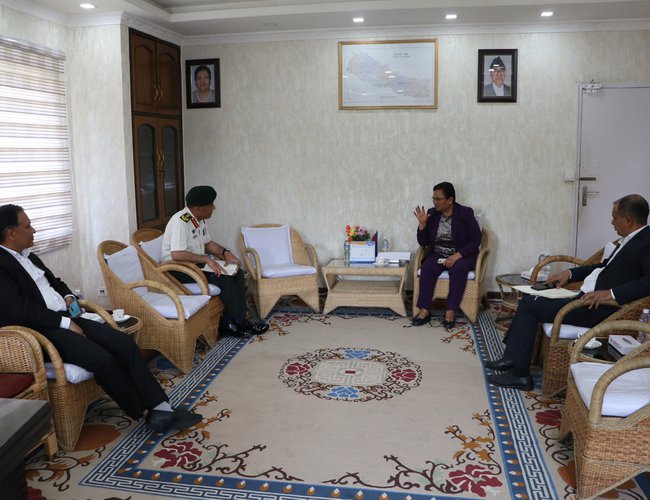 Minister for Energy, Water Resources and Irrigation Pampha Bhusal and Chief of the Army Staff (CoAS) Prabhu Ram Sharma met and discussed the development of hydropower and energy consumption.

During the meeting held at the Ministry Sunday, Minister Bhusal urged the Nepali Army to assist in promoting power consumption.

Stressing on the need to replace other fuels being used in the army's kitchens with electricity, she said, "Now let's use electricity in the kitchens of the Nepali Army.

On the occasion, Army Chief Sharma assured that the kitchen of the Nepali Army was moving towards electrification and would be fully implemented in the coming days.

Joint Secretary of the Ministry Baburam Bhandari and managing Director of Nepal Electricity Authority Kul Man Ghising were present at the discussion.