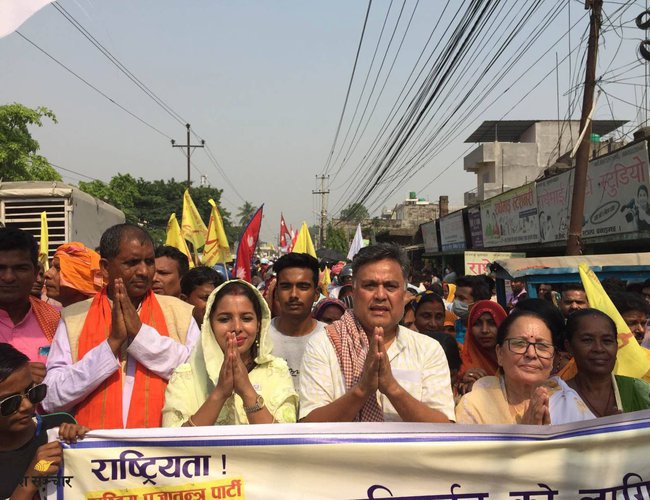 Any nation's cornerstones are its youth. Any nation's progress is impossible without its young. In the history of first-world countries, young have been prominent in politics, yet in least-developed countries such as Nepal, youth are rarely involved in politics. Youth has immense power. Youth have shaped our country, and it is clear that only they can lead it along the path of growth. I believe that youth will soon enter the mainstream of politics and shatter the ice.

For the country's progress, fresh perspectives, perceptions, and ideas are required. Politicians in Nepal appear to be less concerned with the country's development and more concerned with gaining power and position. Many of the leaders are too old to perceive things through the perspective of children. They are locked in the ideals and ways of their age, which are no longer relevant. Despite the fact that Nepali young have been involved in politics for several decades, they are still struggling to find their foothold in Nepali politics. As a result, it is past time for all Nepalese young to become conscious of their political duties and work together for the country's progress.

In a young democracy like Nepal, the role of youth in organizing rallies advocating for the end of autocratic administrations is critical. In a culture where they perceive they have been disenfranchised from the political process, young people engage in a variety of democratic activities. Nepalese youth movements date back over 65 years. Since the 1990 uprising that restored democracy, Nepali youth have been actively involved in political activities and have supported the democratic process in Nepal. They are still fighting for a place at the forefront of Nepalese politics.

Student unions, youth wings of political parties, youth labor wings, and other platforms were utilized by the young to assert their presence and voice in the legislature. In contrast, other research demonstrate that young people throughout the world have become increasingly disconnected from traditional political engagement in recent years. They vote less, belong to fewer political parties, and distrust political institutions, according to the findings. Increased youth unemployment, unstable jobs and job instability, and more difficult transitions from education to work are all factors contributing to young people's seeming pessimism. The youth's political engagement is shifting from political to civic engagement, with them advocating through voting, participating in local to international demonstrations, forming a coalition to pressure the government, and so on, as well as through involvement in health, education, and charity work. With a multiparty democracy system, Nepal has a huge variety of political parties ranging from faithful communists to totally democratic parties, and the youth wings have similar philosophies, which are generally employed during agitations to excite the public and elect the old leaders. Parties' youth wings have been used as a muscle tool by their parent parties. Governments and political parties should focus on addressing youth-related concerns such as unemployment, job instability, and insecure social integration, which may be a demotivating factor for young people, by establishing a youth-friendly democratic and governance system in mainstream politics. Youth wings should also not be employed to provide "foot soldiers" for the parent party.