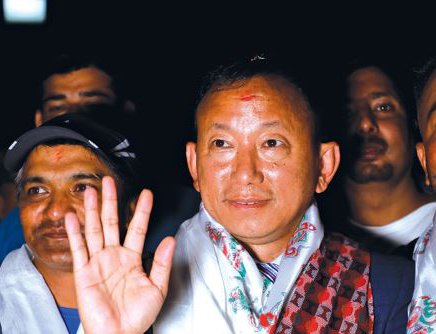 Pankaj Bikram Nembang was elected the president of the All Nepal Football Association (ANFA) for the next term at the 21st Electoral Congress held in Kathmandu on Monday defeating his nearest rival Karma Tsering Sherpa.

Nembang received 46 votes against his rival he existing president who received 39 votes. Nembang, also the senior vice president of ANFA, garnered 45 votes in his support to take the helm of the domestic governing body of football.

Nembang termed his victory as the win of Nepali football. He said the new elected executive committee would be working to mend the relationship of the ANFA and other stakeholders. "The relationship of ANFA with footballers, clubs, FIFA and AFC is not going well. We will be mending those relationships."

The 84 members have voting rights in the ANFA election. All of them cast their votes.

South Korea Reaches To Knockout Round Defeating Portugal By Agencies 1 day, 3 hours ago