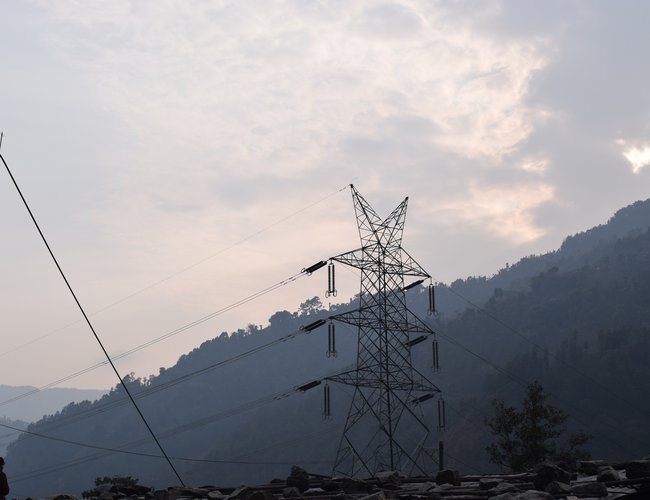 A division bench of the Supreme Court headed by justice Ishwori Prasad Khatiwada and Sushma Mathema dismissed the petition filed by former minister Sarita Giri demanding to change the path of the 440 kV Hetauda-Dhalekbar-Inaruwa Transmission line.

Under a petition filed by Giri in 2019, a single bench of Supreme Court Justice issued an interim order asking the project not to proceed with the transmission line project till a further decision.

Former minister Giri in her petition demanded to change the route of the transmission line and stop the work in Padria of Lahan Municipality.

Due to the interim order of the court, the construction of eight towers was halted. Project manager Shyam Yadav said that the verdict has paved the way for the resumption of the work s

Constructed for strengthening electricity transmission lines within the country and Nepal India Electricity Trade, the 400 kV double circuit Transmission line project has been facing several hurdles. Due to obstructions, the project is yet to complete even after 8 years.

Along with obstructions created by people, the project has also been suffering from the delayed decision of the Ministry of Environment of Forest decision to clear trees, the weak working performance of the contractor and others. Nepal Electricity Authority has been taking several initiatives, but it is yet to make any breakthrough.

According to the NEA, out of the 792 towers of the project, the foundation stone of 675 has been laid and work on 32 will be started after removing the obstructions. Similarly, 12 towers are being constructed and after the completion of 39 towers, the process of plantation is being entered.

There is procedural complexity in the approval of land use and plantation in the forest area of the transmission line passing through 10 districts. The project is also getting affected due to the weakness of the contractor in some sections. After the construction of towers, the contractors will start stringing of Conductor.

The local population in Ward 15,16 and 17 of the Hatiya region of Hetauda Sub-Metropolitan are creating obstructions to the construction of 14 towers. They are creating obstructions in the construction of towers even within community forestry and demanding to relocate two towers constructed inside the forest. They have been demanding to change the route avoiding The resettlement and land accusation for the right of the way of the Transmission line is hampering the project.

Local people in Lalbandi Municipality of Sarlahi strict and Siriha have also created the obstruction. The transmission line is parallel to 132 kV East-West Transmission line.

After his appointment as MD the second time, Kul Man Ghising visited the disputed areas and interacted with the community. However, he is yet to make any breakthrough. MD Ghising has already said that he will complete this strategically important project taking the community in confidence.

After the long dispute, the World Bank has pulled out of this high-capacity transmission line project after a decade of non-removal of obstructions at various locations.

The World Bank abandoned the project after the future of the transmission line was pushed into uncertainty despite spending more than Rs 14 billion. Project head Shyam Kumar Yadav said that the Nepal government has started investing in the rest of the project.

The project itself fell ill after a dispute over the supply of electricity within the country and this high-capacity line, which is essential for power trade with India, was not resolved for long.

After the withdrawal of the World Bank, the Nepal government has decided to complete the remaining work of the Hetauda-Dhalkewar-Inruva 400 kV transmission line in December 2023.