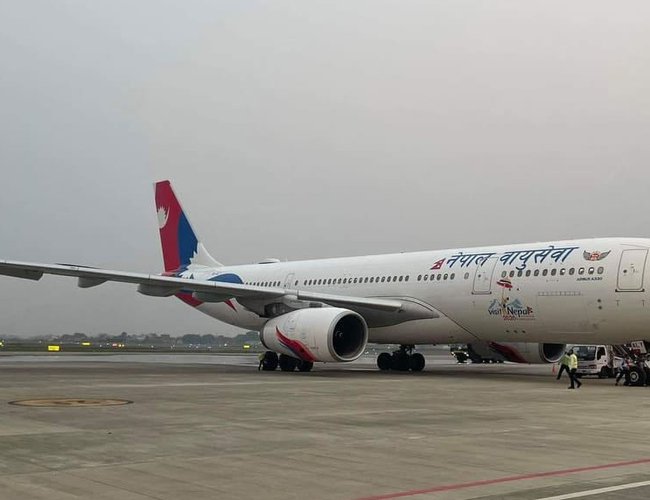 It has only been a month and a half since Gautam Buddha International Airport (GBIA) in Bhairahawa began operation but it has already run into financial troubles.

Only one international airline – Kuwait’s Jazeera Airways – flies to and from the airport which is far too less to cover the expenses of the running and maintaining it. This has started making things difficult for GBIA management, said General Manager Govinda Prasad Dahal who added that the aerodrome needed at least five international airlines to make enough to sustain itself.

And even though that is not the case yet, Dahal hoped that things would change soon. “Hungary’s Wizz Air and United Arab Emirates’ Air Arabia and Fly Dubai are preparing to begin flights here and multiple other companies have also shown interest,” he said, expressing optimism that the airport would be able to generate sufficient revenue before long. “We expect the airport to be as busy as Kathmandu by Dashain.”

In order to attract foreign carriers, the Civil Aviation Authority of Nepal (CAAN) has announced the waiving of fees related to landing, security, communication and aviation at the airport for a year. However, Dahal informed that a few airlines were asking for further discounts in the ground handling charge.

“An airline is charged an average of Rs. 300,000 in ground handling fees. Some companies want that halved,” he informed.

Presently, Jazeera operates three flights a week – on Mondays, Wednesdays and Saturdays. According to Dahal, it is ready to fly every day of the week but is asking for a 100 per cent discount on the ground handling charges.

Similarly, Shyam Krishna Sah, spokesperson for the Gautam Buddha Airport, also said that various airlines had shown interest in flying to and from the airport but had asked for discounts on the various fees.

However, Nepal’s national flag carrier and the country’s only state-owned airliner Nepal Airlines Corporation (NAC) has not yet taken any initiative to operate flights at the airport. Sah reasoned that this was because did not have enough aircrafts to simultaneously operate international flights from both Kathmandu’s Tribhuvan International Airport and Bhairahawa’s GBIA. “It does not have any plane to spare,” he said.

Meanwhile, the cheaper airfare has made GBIA an attractive hub for people travelling to the Gulf for work. It costs Rs. 8,000 less to fly to Kuwait from Bhairahawa than it does from Kathmandu.

IFC Appointed Riccardo Puliti As Its New Regional Vice President For Asia And The Pacific By NEW SPOTLIGHT ONLINE 4 days, 21 hours ago

Finance Ministry Cut The Budget Of Purchasing Newspapers And Printing Under its Austerity Measures By Agencies 5 days, 9 hours ago