60 Per Cent Of Paddy Plantation Completed

60 Per Cent Of Paddy Plantation Completed 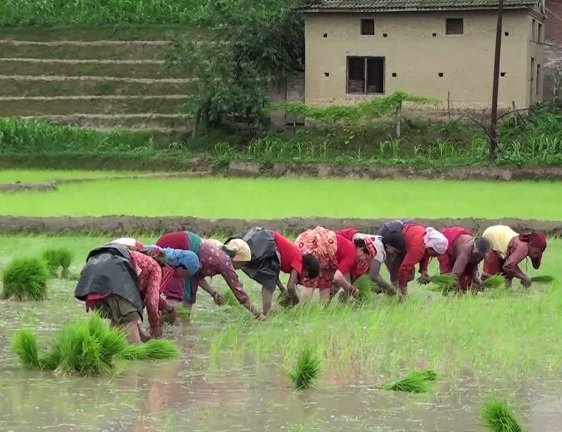 The Ministry of Agriculture and Livestock Development has said that 60 percent of paddy plantation has been completed across the country.

Joint Secretary and Spokesperson of the Ministry Prakash Kumar Sanjel shared that the percentage at this time of last year was 68 per cent. Plantation has not been able to take place as expected especially in Province No. 1, Madhesh Province and Lumbini Province due to a delay in the onset of the monsoon.

The ministry, however, has estimated that there will be almost 100 percent planting as in the previous year.

Meanwhile, the lack of fertilizer is expected to have some effect on the production of paddy this year. (RSS)