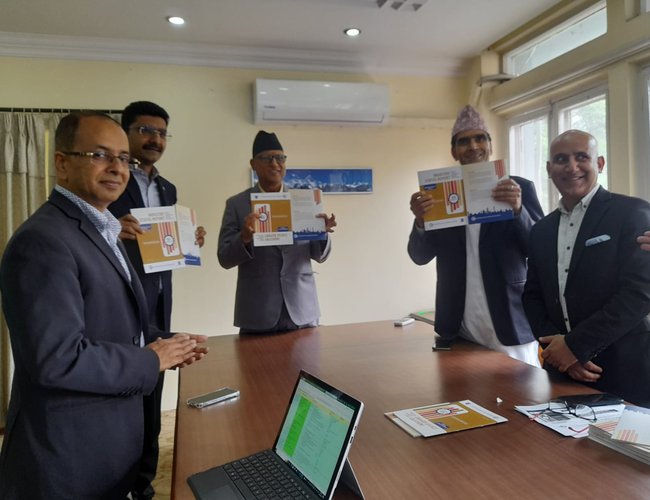 The Confederation of Nepali Industries (CNI) has published the fourth issue of the industrial status report after studying the activities of Nepal's industries.

Minister for Industry, Commerce and Supplies Dilendra Prasad Badu released the report on Monday. The report includes the detailed data on the condition of the manufacturing and service industries during the third quarter of the last fiscal year 2021/22.

According to the report, it has been noticed that the production capacity utilisation of the businesses has decreased during this period compared to the second quarter's report.

During this period, the industries have used only 66.81 per cent of their total production capacity while the utilisation of such capacity was 71 per cent in the second quarter of the last fiscal year.

Among the participants in the study, 82.5 per cent of industrialists said that they were ready for new investments.

The report on the industrial situation of this issue has been prepared by focusing on the monetary policy of this year, said the CNI.

The suggestions given by the CNI on the monetary policy of the fiscal year 2022/23 are also included in the report.

Launching the report, Minister Badu said that this type of regular industrial report would help in showing the industrial environment of Nepal.

Vishnu Kumar Agrawal, president of the CNI, said that there has been a significant decline in market demand and this has reduced the income of the industry.

He urged the government to be sensitive about this.

He said that for the first time in Nepal, the industrial report has been published after conducting a survey on behalf of the private sector.

Birendraraj Pandey, Vice President of the Confederation, said that the report will provide information about the position of the industry and it will be published every quarter.

The report would help increase the credibility of the private sector, he said.