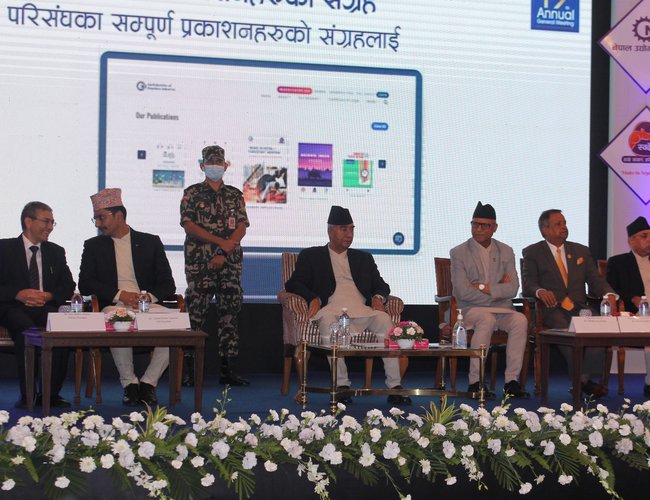 Prime Minister Sher Bahadur Deuba has said that the decreasing foreign currency reserve is a matter of concern for the country. He urged industrialists to invest in the area of increasing domestic production rather than importing luxurious and expensive goods.

Prime Minister Deuba also urged the businessmen to reduce the import and consumption of petroleum products by increasing the use of electricity in industry and business.

"Decreasing foreign exchange reserves should be reversed. We are not in a position to lose foreign currency by importing unnecessary and luxurious goods," Deuba said. "We have to work to increase domestic production. The government is serious about preventing further deterioration of the economy and bringing it back on track."

"For strengthening the economy, I want to ask industrialists and businessmen not only to import expensive and luxurious goods produced abroad and to increase consumption, but to increase the production of goods and services that can be produced in the country and promoting them, to support import substitution, and to focus investment in that area," Prime Minister Deuba said while addressing the 19th annual general meeting of the Confederation of Nepalese Industries Sunday. Both internal and external sectors of the economy are under pressure, he said. 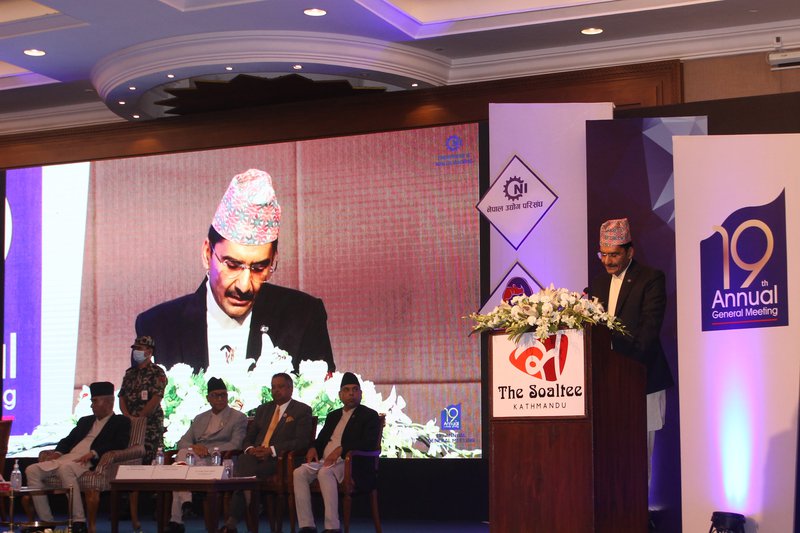 He said that the government is expecting active support from the private sector in foreign currency earning activities, including increasing foreign direct investment and promoting tourism, expanding export industries, reducing trade deficit through export growth, discouraging the import and consumption of luxury goods and services and bringing in remittances through formal channels.

After the political change, the challenge is to move the country forward on the path of economic transformation and establish the country as a prosperous country as soon as possible, he said and requested all entrepreneurs and businessmen to contribute from their respective places to make the country economically strong and self-sufficient by exploiting the local potential to increase production and productivity, create employment opportunities, increase exports and make the country economically strong and self-sufficient.

Appreciating the contribution made by the private sector in the economic development of the country, he appealed to make this contribution more extensive, comprehensive, equitable, balanced and sustainable in the future as well.

"CNI has also supported the government to adopt a private sector-friendly policy in the field of industry and commerce," Prime Minister Deuba said. "The policy of promoting manufacturing industries through the Make in Nepal campaign promoted by the Confederation is positive."

Minister for Industry, Commerce and Supplies Dilendra Prasad Badu said that the government has made policies and programmes looking at the imbalance of import and export.

MCC-Nepal Issued An Tender For The Construction Of a Transmission Line By Agencies 1 day, 9 hours ago