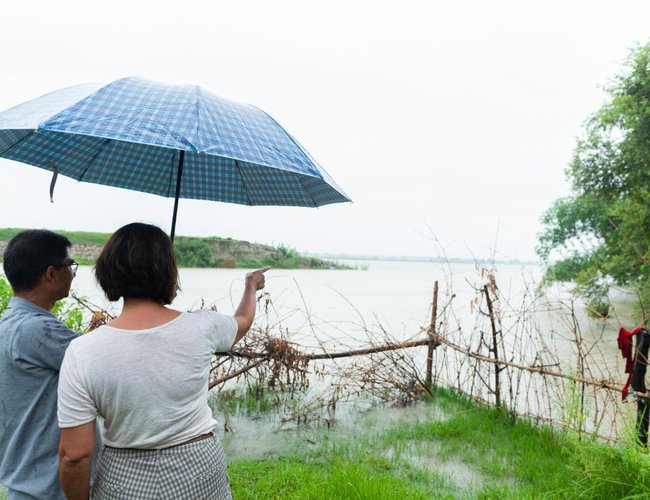 As Nepal enters into the middle of monsoon, the country will face more devastating floods caused by intense rain, if the past is any indication. The recent visit of ambassador of Nona Deprez European Union to Nepal to inspect the EU supported flood prevention programs was a timely response in that context.

During her stay in Sudurpachim Province, Ambassador Deprez visited the project sites and vulnerable areas and interacted with provincial and local governments and officials of implementing agencies, local communities and youths. The ambassador also inaugurated some of the completed projects.

She went to Tikapur Municipality to see the implementation of early warning system and inaugurated projects in Dhangadhi. Although this is the season of heavy rains and floods with high risk, the ambassador decided to make a firsthand observation of the real state of rural people and project sites.

For the past few decades, floods have created annual havocs in Sudupaschim Pradesh killing hundreds of people destroying crops and property. 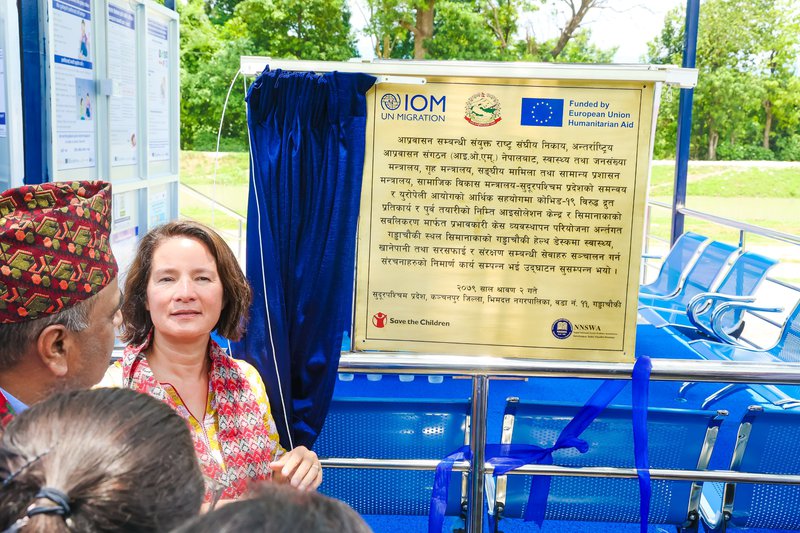 With the support from European Union and other agencies like ECHO-Asia, various agencies like Nepal Red Cross, UNDP and agencies have been implementing various programs in Kailai and other district of Sudurpaschim Province.

Launched in various sub-metropolitan, municipal and rural municipal bodies in Kailali, the early warning system has helped to prevent the damage and human casualties as well. Unlike in the past, people living in the lower areas of major rivers find time to save their property and reach in safe shelters due to the warning.

With the climate warming the intensity of rain and timing has changed. Last eear, a flood at the end of September destroyed all the crops pushing people to a food insecure position.

Through an online Monitoring & Incident Reporting System set up under an@eu_echo-UNICEF project, adolescents & young people have been contributing to the reporting of protection-related cases in Sudurpaschim Province. #Preparedness to prevent COVID 19 while ensuring safe & dignified #migration! 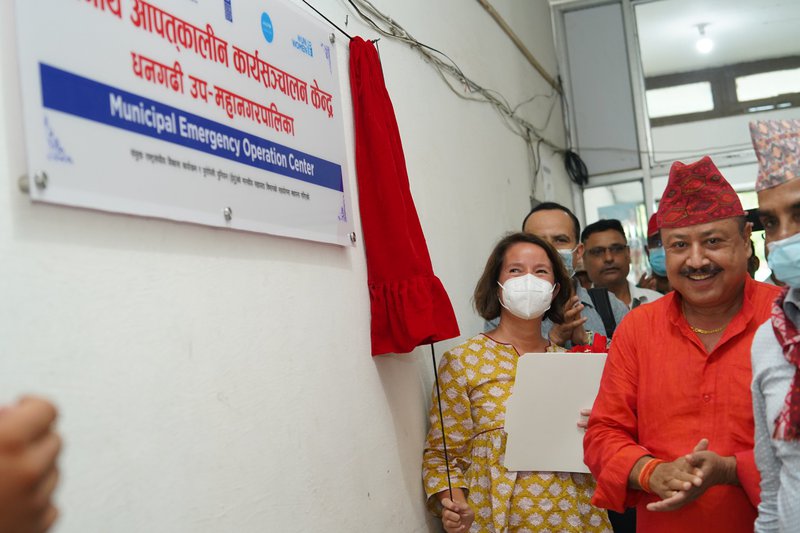 The facilities were built under the auspices of the “Effective case management by strengthening isolation centers and ground crossing points (GCPs) management for rapid response and preparedness against COVID-19” project implemented by the International Organization for Migration (IOM) under the leadership of the Nepal’s Ministry of Health and Population, financial support from the European Union Humanitarian Aid, and in implementing partnership with Save the Children and local support Nepal National Social Welfare Association.

“I am pleased that, thanks to the European Union, those facilities such as waiting room, drinking water, and breast-feeding centers have been established as part of the Health Desk at the borders to facilitate a smooth health checkup for migrant workers who are contributing to sustain their households as well as to the country’s economy,” she added.

“The facilities have been designed to ensure that they are gender-sensitive and disability-friendly, making it accessible for everyone,” said Lorena Lando, IOM Chief of Mission for Nepal. 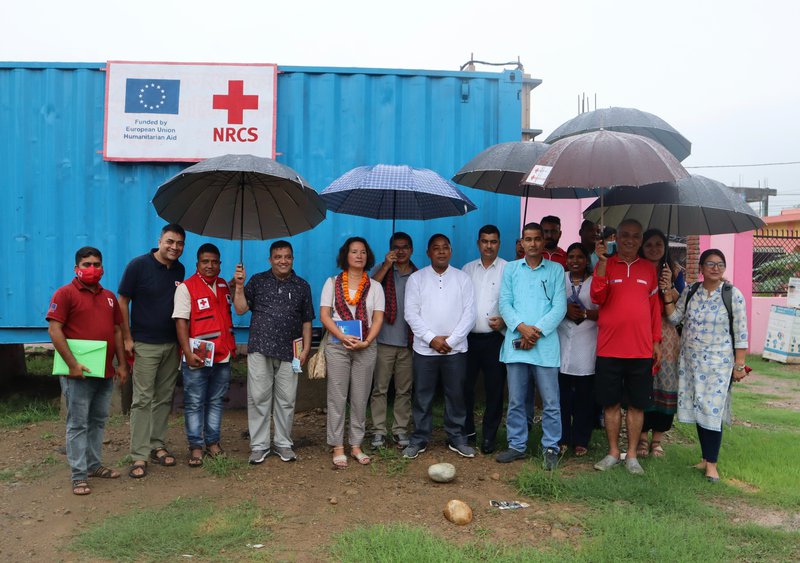 “Ultimately, we want to contribute to sustainable management and preparedness for migrant flows at each crossing point to promote safe, orderly and dignified migration,” Lando added.

European Union is a major development partner of Nepal supporting many development sectors in Nepal. Since she arrived in Nepal, ambassador Nona Deprez has been regularly visiting the project sites interacting with provincial governments, local governments, partner organizations and community people. She always encourages young population to engage in development activities.