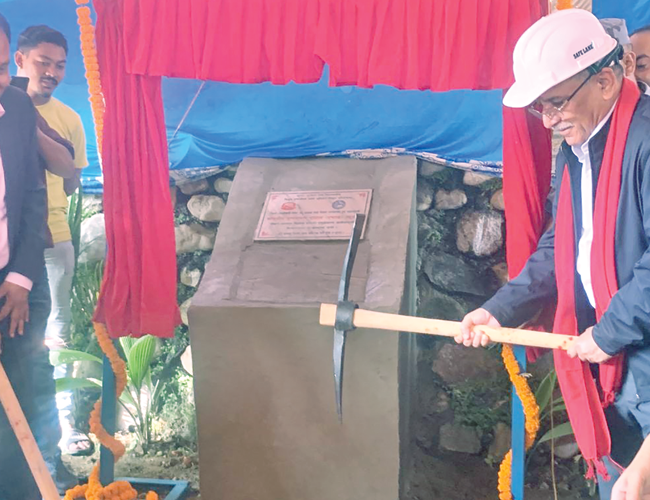 Former Prime Minister and Chairman of CPN (Maoist) Centre Pushpa Kamal Dahal 'Prachanda' and Managing Director of the Nepal Electricity Authority (NEA) Kul Man Ghising laid the foundation stone of the construction of automating distribution system of the area under the Bharatpur Distribution Center by undergrounding it and strengthening it.

Under the Pokhara-Bharatpur distribution system strengthening project, 36 km of 33 kV line, 75 km of 11 kV line and 70 km of 400-volt line will be undergrounded in the main urban areas of Bharatpur.

In addition, 26 kilometres of underground optical fiber will be laid and the capacity of transformers that are currently in operation will be increased and new ones will be added, according to a press statement of the NEA.

The Authority is currently automating the power distribution system of Kathmandu Valley by putting the electricity cable underground. This programme has been extended to the main urban areas in Pokhara of Kaski and Bharatpur distribution centres.

Underground cable for safety of people and beauty of urban: Prachanda 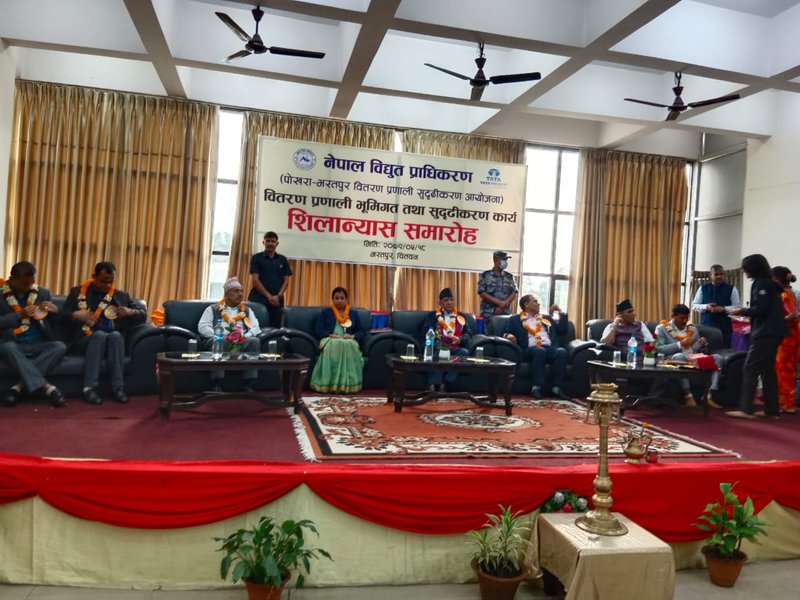 In the foundation laying ceremony, former Prime Minister Dahal said that the work of putting the electrical cable underground will help to fulfill the goal of establishing a smart and beautiful Bharatpur.

He emphasized that the work of putting the wire underground is linked with the safety of the people and the beauty of the urban area, adding everyone should be supported to make it successful.

Mayor of Bharatpur Metropolitan City Renu Dahal said that putting underground and strengthening the electricity distribution system will help to develop Bharatpur as a smart city by increasing its beauty.

NEA MD Ghising said that the underground system would be safer and more reliable than the overhead distribution system currently in existence and it would also help in maintaining urban beauty.

He said that since the optical fiber will be laid along with the electric wire, internet, telecommunication, and cable television service providers can provide services using the optical fiber.

The Pokhara-Bharatpur distribution system strengthening project has started with the investment of the Authority and the concessional loan of the Asian Development Bank.

The contract was executed in January 2022. The project is expected to be completed within two years.