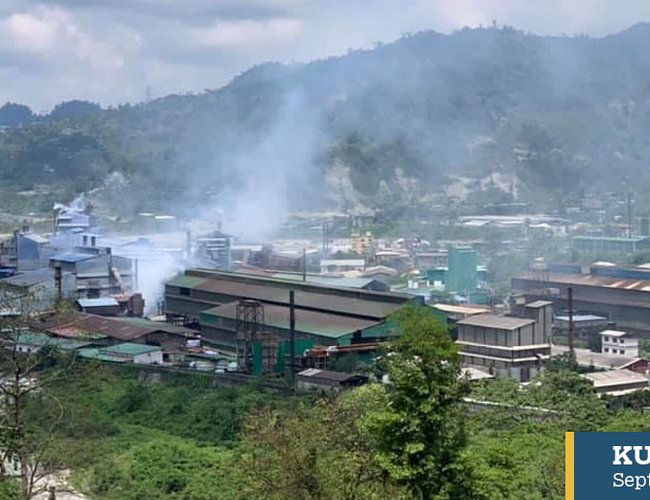 While the revised domestic power tariff comes as a benefit to the low voltage (LV) and medium voltage (MV) consumers, however, high voltage (HV) consumers could be hit hard.

Most of the HV consumers are the ferrosilicon, cement and steel industries which could see an increase of 20 percent in their monthly electricity bills from this month.

The Bhutan Electricity Authority (BEA) has revised the three-year cycle period domestic tariff for the LV, MV, and HV consumers from September.

President of Association of Bhutanese Industries (ABI), Pema Tenzin, said that the industries are surprised with the new power tariff. “More than 20 percent increase in HV tariff will have a major impact on the industries.”

For example, a typical 18 mega-volt amperes (MVA) ferrosilicon unit will be paying an additional monthly bill of about Nu 5 million (M) with the new tariff.

Under the old power tariff, a typical ferrosilicon unit’s electricity bill was about Nu 18M. About 30 percent of the input costs for the HV industry are incurred for electricity bills.

The new domestic power tariff revised the energy charge for the HV consumers to Nu 1.6 Nu/kilowatt-hour (kWh) from Nu 1.5 per kWh.

Similarly, the demand charge was increased to Nu 496 Nu/kilo-volt-ampere (kVA) per month from Nu 292 per kVA.

HV customers are the large-scale industries that require a power supply of more than 15 MW or 66kV and above.

Pema Tenzin said that with the global economy heading to a recession, they are concerned regarding the competitiveness of the industries. “The impact on these industries will be dearer once China resumes normal operations and global vessel movement normalises,” Pema Tenzin said, adding that HV industries that are competitive because of the power tariff may not sustain because of the increase in power tariff. India imports ferrosilicon from Bhutan, China, Norway, and Russia.

He added that the ferrosilicon products offered to India from other countries are already a much lower than existing rates. “The challenge is vessel movement, which once eases, pricing will correct, and that is when the competitiveness will come into question.”

Currently, ferrosilicon fetches about Nu 150,000 per metric tonne (MT) in the market. It reached a record price as high as Nu 280,000 per MT last year.

Pema Tenzin added that with the increase in the power tariff, the HV consumers like steel and cement industries that primarily function within the Bhutanese infrastructure development value chain would directly impact the cost of construction in the country.

The minister of economic affairs, Loknath Sharma said that the ministry has asked the BEA and other relevant agencies to review how the revised power tariff could be implemented so that the HV industries do not feel an immediate pinch.

“Steel and cement industry might see a rise that could challenge them, but most HV industries are mineral related like ferrosilicon industries that can absorb this rise as per the ministry’s analysis,” Lyonpo said.

The BEA determined the uniform power tariff and the government looks only at the subsidy allocation. “Tariff is decided by the BEA and the discussions would have happened at all levels,” Lyonpo said.

Lyonpo said that it is evident that electricity tariff will continue to increase as new power projects are added.

However, Pema Tenzin said that the ABI has sought further clarification from the BEA regarding the rationale for the new power tariff that seems to be a clear deviation from the Tariff Determination Regulation (TDR). “As per the submission made by the association, based on the ‘cost plus’ model supported in the TDR, the current cycle should have seen a reduction in power tariff rather than an all time high increase in power tariff.”

With the increased cost of production, an official from a ferrosilicon company said that if there is no market in India or there is no increase in the market prices of ferrosilicon in India, the company would run into loss.

“Power tariff cannot be increased suddenly because the company has to look into the customers’ willingness to pay a higher price.”

An official from Dungsum Cement Corporation Limited (DCCL) said that it could hugely impact their end products.

“The current price of cement in the Indian market is already competitive because of many cement production industries in India,” he added. The DCCL uses 23MVA power accounting to Nu 18M in monthly electricity bills.

Industries also raised concerns over the Bhutan Power Corporation’s recent notification stating that minimum demand charges for HV and MV customers of 95 percent and 80 percent respectively. The earlier demand charge for the HV was 90 percent and 60 percent for the MV consumers.

Ferrosilicon is Bhutan’s top export commodity today. In 2021, Bhutan exported ferrosilicon worth Nu 15 billion (B), the highest so far. It contributed more than 40 percent of the total exports excluding electricity.

Power Cut Hits Millions In Pakistan By Agencies 2 days ago