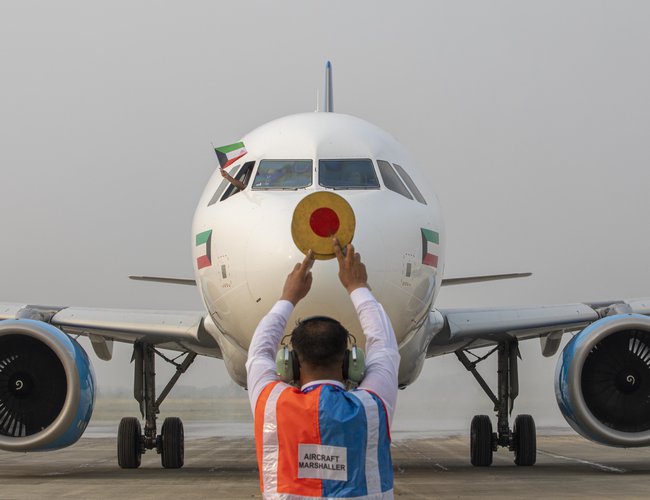 Director and spokesperson for Gautam Buddha International Airport Subash Jha said that since Friday, Jazeera Airlines has started operating a regular flight between Kuwait and Bhairahawa.

So far, Jazeera Airlines has operated 110 flights between Kuwait and Bhairahawa since the airport’s inauguration, and a total of 6,587 air passengers have arrived in Bhairahawa Airport from Kuwait while 7,240 passengers left Bhairahawa for Kuwait in the last four months.

The Airbus 320 Neo of Jazeera Airlines has been flying between Kuwait and Bhairahawa.In order to make the Gautam Buddha International Airport operational, the Civil Aviation Authority of Nepal has given various discounts and concessions to the airlines willing to operate international flights to Bhairahawa.

The fare rate from Bhairahawa to Kuwait is much cheaper than Kathmandu-Kuwait by Jazeera Airlines because of the discount. Air travellers from Lumbini, Karnali, Sudurpashchim Provinces and Birgunj have been travelling to Kuwait from Bhairahawa.

Hungary Wizz Air is also preparing to operate flights to Abu Dhabi of UAE from Bhairahawa from October 30 this year.