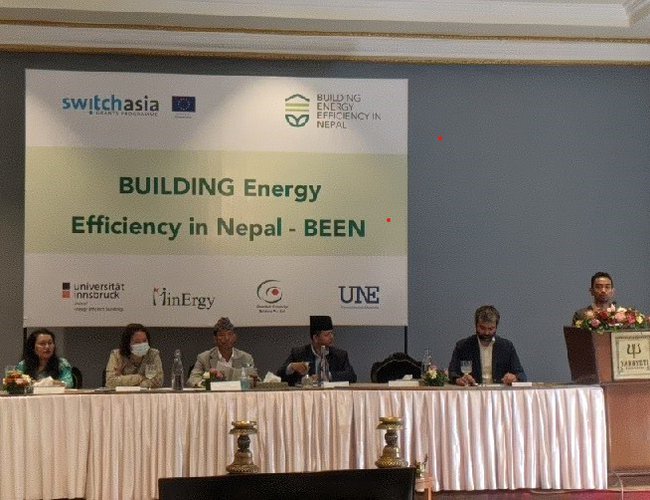 With faster rates of urbanization and construction of high-energy consumptive building structures, Nepal’s ambitious target to achieve net zero greenhouse gas emissions by 2045 is difficult to achieve. However, Nepal could achieve its ambitious target by taking certain technical and knowledge-based interventions.

Jointly launched by Minister of Urban Development Met Mani Chaudhary and Ambassador of European Union to Nepal Nona Deprez, Building Energy Efficiency in Nepal (BEEN) aims to support energy-efficient building by policy intervention, improving technical and business capacity and integrating of MSMEs and supporting improving and retrofitting 200 buildings in 40 Municipalities of Bagmati, Lumbini and Gandaki Provinces. 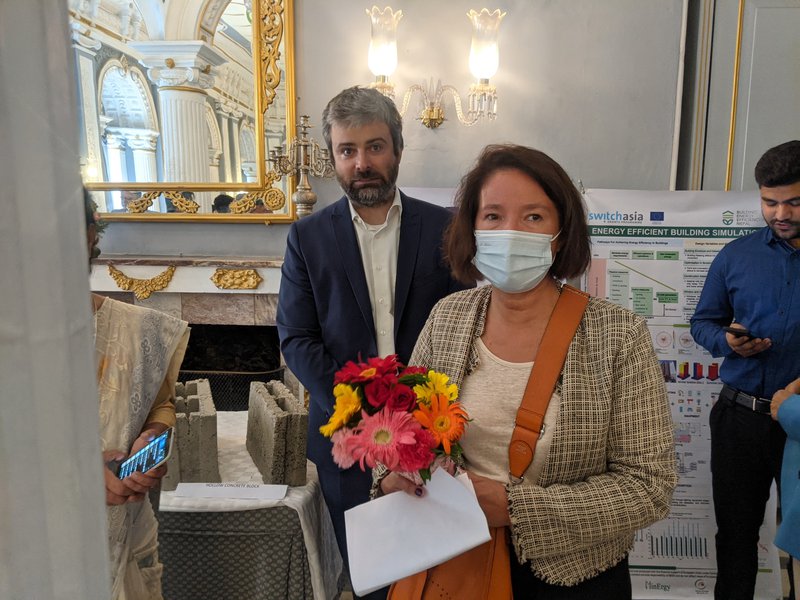 As in all the programs, Ambassador of the European Union to Nepal Nona Deprez also keenly interacted with the experts and took a cursory visit to the BEEN marketplace organized to show the new brick technology and its impact to reduce carbon.

As the inauguration of the programs was delayed for half an hour, ambassador Deprez found time to query about the technology and how it will fit in Nepal.

Having records of supporting Nepal’s overall development programs by providing necessary financial and technical assistance, European Union once again joins in supporting to implementation of the BEEN Project which will be implemented by a consortium led by the University of Innsbruck, Austria. 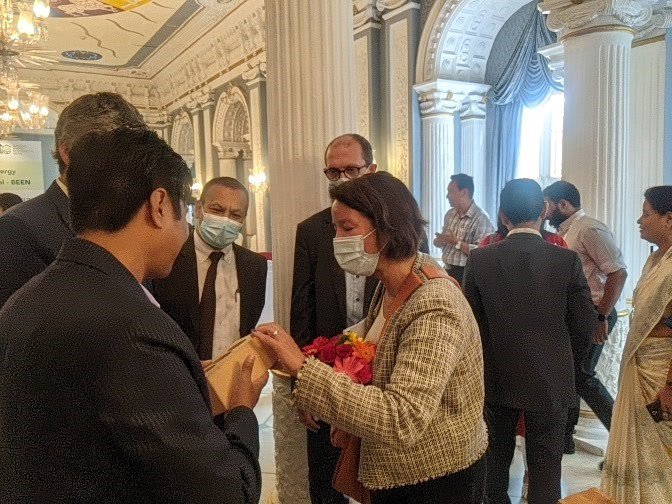 Addressing the launching program, minister of Urban Development Met Mani Chaudhary thanked European Union for proving support in such an important area. He said that the Nepal government believes that this project will contribute to making our building energy efficient and friendly to green development.

Ambassador of the European Union to Nepal Nona Deprez said that European Union has been taking efforts to implement a Green, Resilient and Inclusive Development (GRID) approach. “We are very happy to see the implementation of the project in Nepal which will contribute to achieving Nepal’s net zero emission target.”

Deputy Mayor of Lalitpur Metropolitan City Manjali Shakya Bajracharya expressed the hope that the project will also incorporate Nepal’s own climate-friendly building technology in its program. She said that LMC will fully support the project during its implementation.

BEEN Project manager Daniel Neyer from the University of Innsbruck made welcome remarks highlighting the objective of the event. He said that the project will bring knowledge, technology and necessary skills to construct the climate-friendly and energy-saving buildings.

As Nepal is the fastest urbanizing country in South Asia, with growth rates up to 5 percent per year and the rapid growth combined with inadequate urban management and financing has led to decreased livability.

Member of National Planning Commission Dr. Ram Kumar Phuyal holds the view that this project will support Nepal to achieve the goals of SDG and Nepal’s commitment to the COP. He said that there needs to drastically decrease the energy consumption in the buildings.

BEEN Team leader of MinEergy Suyesh Prajapati in his brief introduction to the project highlighted the overall scenario of Nepal’s urbanization as an area for intervention to bring changes. He said that the project will support Nepal’s NDC and prioritizes low-carbon and resilient urban development.

As the NDC includes specific actions to move Nepal toward greener, more efficient and resilient cities, the country should facilitate integrated institutional architecture for urban development at the national, provincial, and local levels in the context of the transition from a unitary to a federal government structure.

The combination of rapid urbanization and unsustainable and energy-inefficient construction contributes to Nepal’s climate vulnerability and GHG emissions.

The government has identified the construction and building sector as a priority for future climate action. Nepal’s second NDC has set low-carbon and climate-resilient urban settlement adoption targets. The 2017 National Urban Development Strategy estimated an acute need for upgrading the housing stock, lending urgency to a shift to more resilient and green housing and construction.

In his vote of thanks, Vice-Rector of the University of Innsbruck Dr. Wolfgang Streicher expressed his commitment to sharing knowledge and technology with Nepal to make buildings energy efficient. 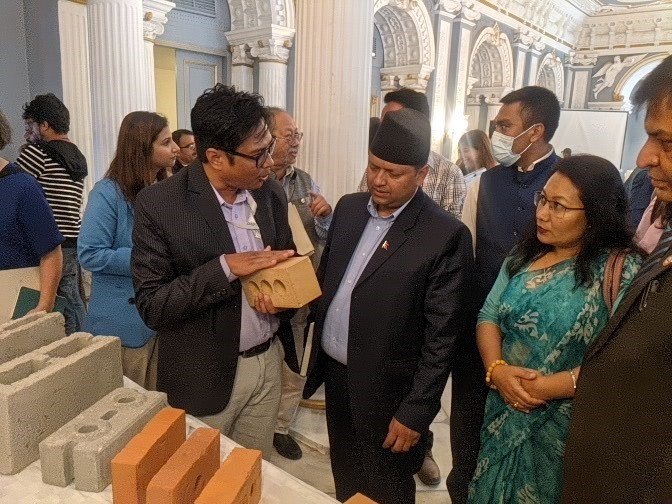 Despite promoting green buildings and energy-efficient solutions through the 2012 National Urban Policy and 2017 Urban Development Strategy, Nepal is yet come out with green building guidelines and building codes.

With rapid urbanization and the associated construction of buildings, the design and implementation of green building technology can immensely contribute. This BEEN aims to bring change in its four years of implementation.