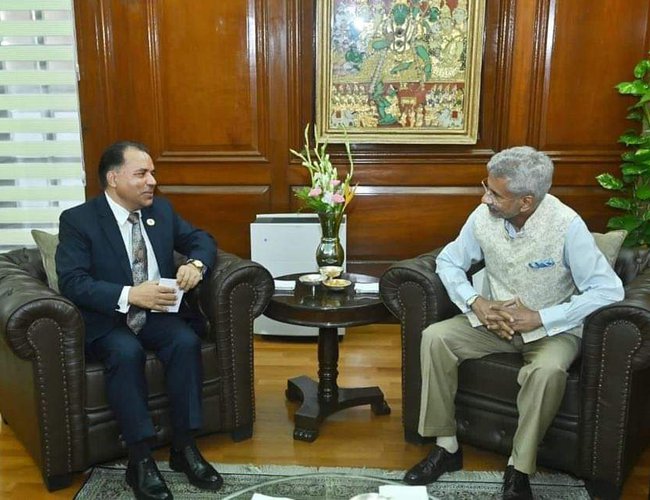 With professional skills learned in his long career in the Ministry of Foreign Affairs, Foreign Secretary Bharat Raj Paudyal, who always prefers to work in low profile with beneficial results for Nepal, has quietly handled his recent secretary level meeting in India.

As Dr. Shanker Prasad Sharma, a well read technocrat turned diplomat as ambassador of Nepal to India, and professional teams of Ministry of Foreign Affairs were in his side, foreign secretary Paudyal quietly presented Nepal’s case with his Indian counterpart.

He paid an official visit to India from 13-14 September 2022 at the invitation of the Foreign Secretary of India Vinay Mohan Kwatra.

They noted the progress on many projects and initiatives announced during the recent visits of Nepal Prime Minister Sher Bahadur Deuba to India in April this year and Prime Minister Narendra Modi to Nepal in May. Both Foreign Secretaries appreciated the recent progress in bilateral cooperation in power sector including through export of power from Nepal to India.

They agreed that both sides will work to further strengthen such cooperation in keeping with the Joint Vision Statement on Power Sector Cooperation. Both sides welcomed recent signing of the MoUs between NHPC, India and IBN, Nepal on the development of West Seti and SR-6 projects. 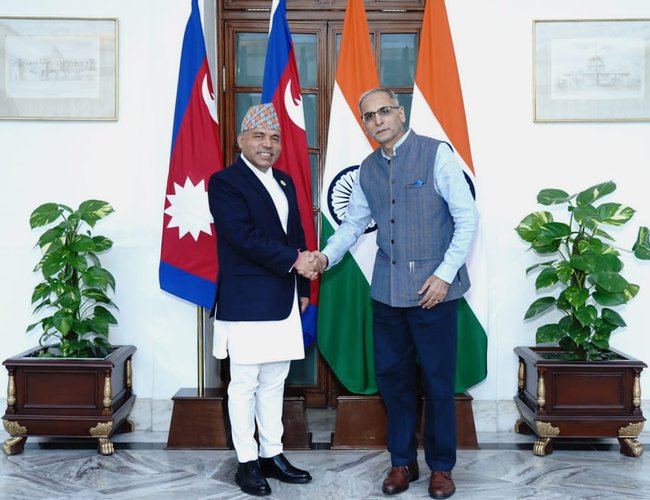 The progress made in operationalization of Kurta-Bijalpura segment of Jayanagar-Bardibas rail link and Bathnaha-Nepal Custom Yard segment of Jogbani-Biratnagar rail link, was noted with satisfaction. The Nepali side appreciated the Covid assistance provided by India during the pandemic and also thanked the Indian side for keeping the supply lines of trade open, even during the peak of the lockdown.

According to a press release issued by Embassy of Nepal in India, matters of bilateral relations and cooperation, including the progress achieved in the implementation of the outcome of the high-level visits to each other's country by the Prime Ministers of Nepal and India figured during the call on.

"Pleased to receive Nepal's Foreign Secretary Bharat Raj Paudyal. Glad to learn from him that his discussions in India have been productive," Jaishankar said in a tweet.

The meeting also discussed a review of the Treaty of Trade and Transit and the construction of a liquefied petroleum gas pipeline from Motihari, India to Chitwan among others.

However, statements issued by the Nepali Embassy and Ministry of External Affairs, India do not mention the hotly-debated issue of the resumption of recruitment of Nepali youths in the Indian Army.

World AIDS Day 2022: The AIDS Response Is In Danger By NEW SPOTLIGHT ONLINE 9 hours, 42 minutes ago