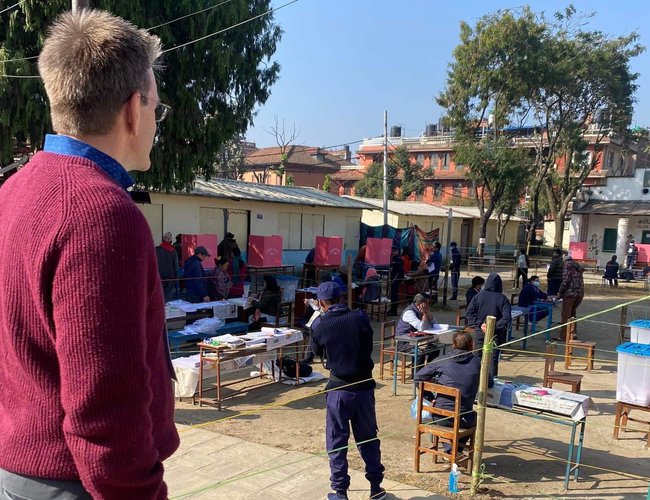 Along with holding the elections to ensure a free and fair atmosphere for domestic players, it is also necessary to secure the legitimacy of the elections process from Nepal’s international friends providing them with opportunities to observe the voting process. 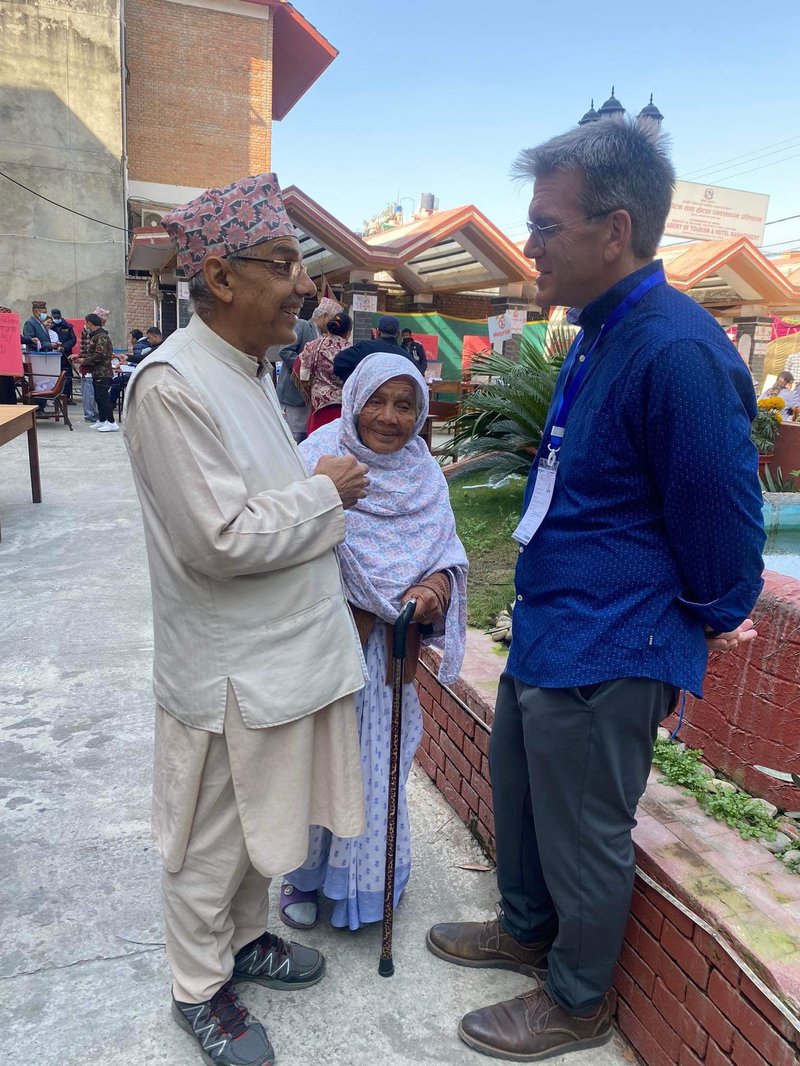 Along with Election Commission, here comes the role of the Ministry of Foreign Affairs (MoFA) and its organizational mechanism. Led by secretary Bharat Raj Paudyal, a carrier diplomat of Nepal’s diplomatic service having a long experience working in the ministry, MoFA performed its role by taking Kathmandu-based heads of diplomats and their staff’s observation tours during the voting time in different parts of Nepal.

Facilitating election observation, MoFA provided liaison officers and other administrative support to diplomats who had shown interest to observe the General Elections on November 20.

“The Ministry had deputed 40 liaison officers to escort diplomats in observation mission,” told foreign secretary Paudyal. “MoFA has been doing these kinds of jobs for a long time.” 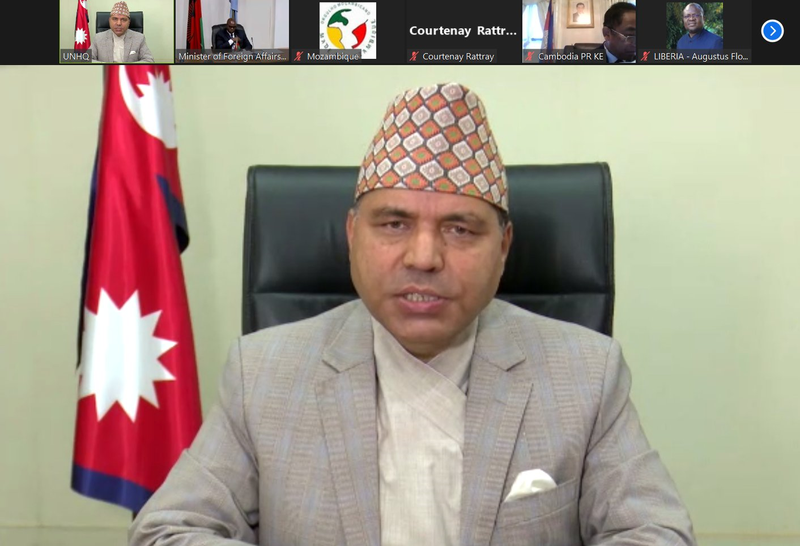 Handling the observation mission requires coordination with Election Commission, security agencies and all other stakeholders involved including voters and political stakeholders.

Although he arrived just a few months ago, U.S Ambassador to Nepal Dean R. Thompson found time to observe the voting in Nepal. What he said in his tweet is inspirable for Nepal and Nepali.

“It’s an incredible opportunity to witness democracy in action. I was able to visit polling stations in the Kathmandu Valley to learn about the voting process in Nepal. Congratulations to the Nepali people for exercising their democratic rights today!, “Tweeted U.S. Ambassador to Nepal.

Not only this tweet, U.S Embassy also issued another tweet endorsing Nepal’s elections,” Congratulations to Nepal and its citizens on a successful election. Yesterday’s events show that Nepal has a vibrant democracy, from the excitement at polling stations to the pride shown in the many photos taken by those who voted. We have partnered with Nepal through 75 years of diplomatic relations and will continue to support Nepal’s democratic processes, institutions, and people.”

Nepal’s other important development partner, European Union also tweeted their election observation mission.”Four teams of the EU along with Finland & Norway observed the voting to the HoR & Provincial assemblies in 43 polling centers in & around Kathmandu. They observed the opening 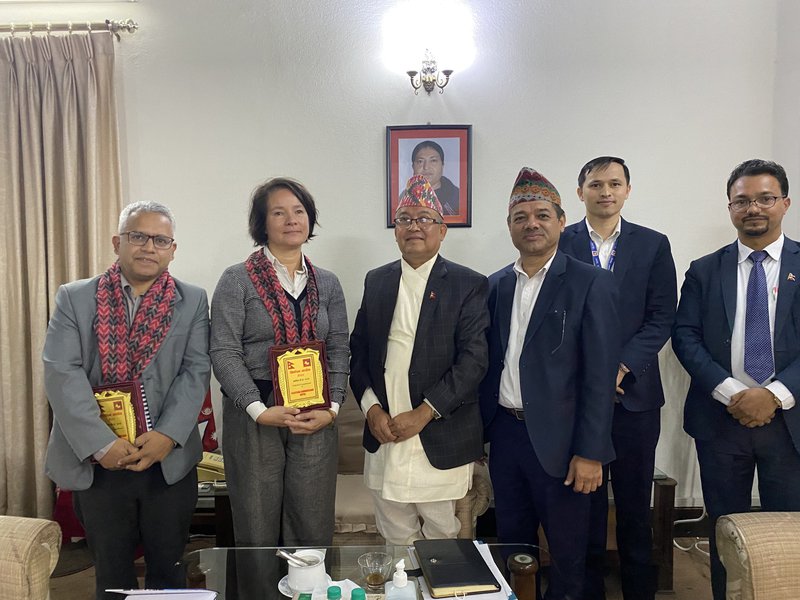 4 & closing in 4 other polling stations, including the sealing of the urns. Tweets EU in Nepal.

Earlier Ambassador of the European Union to Nepal Nona Deprez paid a visit to Election Commission and discussed the matter with Chief Elections Commissioner.

“At our meeting with Chief Election Commissioner at Unofficial European Union Delegation to Nepal confirmed it would carry out local diplomatic observation on elections day,” tweets EU Ambassador to Nona Deprez. The embassy of Norway to Nepal and Finland re-tweeted the EU’s statement. 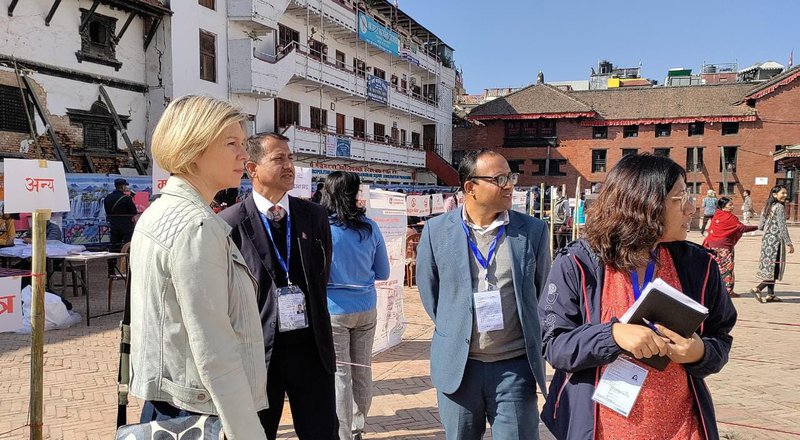 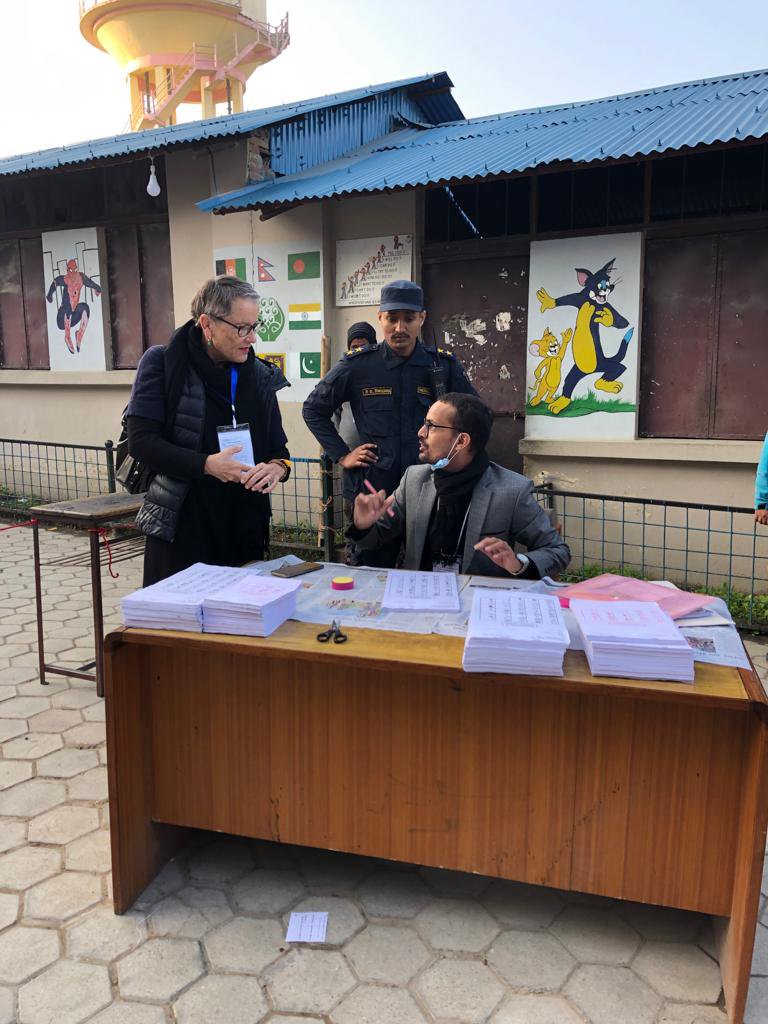 At a time when many ambassadors prefer to stay in Kathmandu, Israel's Ambassador to Nepal Hanan Goder Goldberger traveled to Sindhupalchwok district to observe the general elections. He visited polling stations of remote but beautiful Nepal. “Nepal is beautiful and Nepalese are nice wherever they live.”

Having shared her experiences of elections in Nepal, Meghan T Nalbo, country representative of Asia Foundation, too shared her views.

“Crazy KTM streets come to a standstill to make voting for all an option. Workers in the US don’t even get a day off from work. Reflecting on democracies. Happy Election Day Nepal. I’m 10km into my day walking around town feeling the vibes,” tweets Meghan T Nalbo, tweets country representative of Asia Foundation.

As in the past, the comments and observations of diplomats are a matter for MoFA and the country as a whole to show a global democratic exercise in Nepal. Credit to project Nepal’s image globally goes to the leader and professional cadres of MoFA.