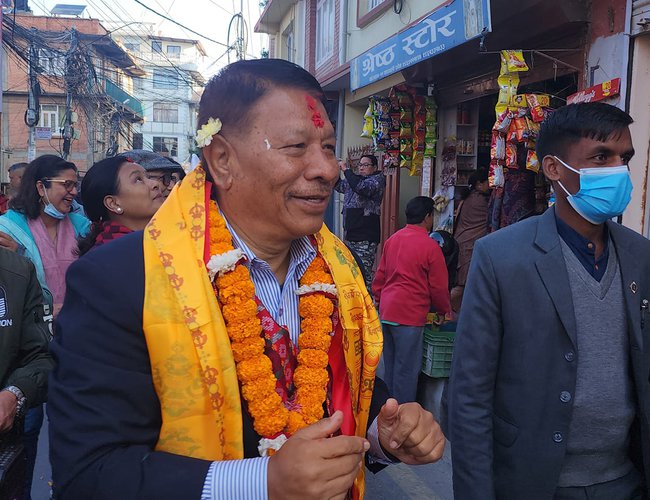 Nepali Congress leader Prakashman Singh has been elected from Kathmandu constituency No. 1 for the fourth time in a row.

Son of Ganeshman Singh, a freedom fighter and the supreme commander of the 1990 popular movement, Prakashman Singh has been able to carry on with his father's political legacy. Singh was previously elected from the same constituency in the elections of 2064, 2070 and 2074.

Singh entered politics as a general member of the Congress and has held the responsibilities of Kathmandu district president, central member, general secretary and vice president of the party. He was also the Deputy Prime Minister and Minister of Federal Affairs and Local Development in the then Sushil Koirala-led government.

He was born in the year 2012 B.S. in Kshetrapati, Kathmandu and holds a master's degree. Singh became the president of the Nepal Students' Association in 2036 and remained active in central politics.

Singh was elected to the parliament this year with 7,140 votes. He got better of Mishra for the second time in a row, but with a lesser margin of 129 votes this time. Mishra got 10,111 votes.