Despite getting a thin majority, it is yet to clarify whether the Nepali Congress led-coalition continue till the formation of the new government 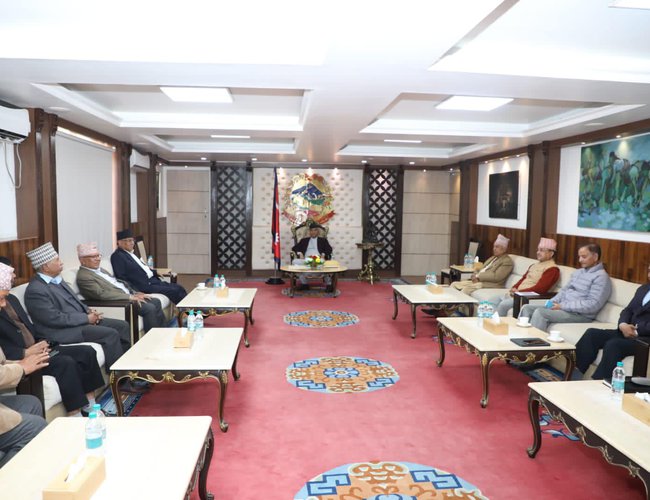 As the verdict shows, Nepali politics is heading towards an unstable course by changing the political alliance in the course of forming the government.

The decision taken by the high-level meeting of the Maoist Center, which was called to evaluate the performance of the election, to open all options for the formation of the government indicates looming uncertainty over the future of the new government.

“Our meeting has decided to open all possibilities to form the government. However, our preference is to continue ongoing political alliance,” said senior vice president Krishna Bahadur Mahara.” Since the verdict is fractured, it is natural to open options for all the alliances.”

Alarmed by the rise of the Nepal Swatantra Party in the General Elections, Nepal’s three old parties, who have monopolized the Nepali Congress-led ruling alliance, secured comfortable positions winning a thin majority in the parliament.

“People of Nepal have lost interest in the existing major parties, all led by the older generation,” writes renowned political scientist Professor Dr. Sukh Deo Muni. “The low turnout doesn’t have much impact on the traditional or resident political parties such as Nepali Congress (NC), Communist Party of Nepal—United Marxist-Leninist (CPN-UML), and Communist Party of Nepal (Maoist CentreCentre)—CPN (Maoist) who have been running the show for more than three-plus decades.”

Given the current trend, it looks that the NC-led ruling coalition will secure a thin majority against the UML led opposition alliance. The Nepali Congress-led ruling alliance is poised to retain office in Kathmandu.

Leaders of major political parties agree on certain shortcomings. “Voters have rejected the old generation leaders and favor new leaders. The time has come for Prime Minister Deuba to allow me to run the country,” said Gagan Thapa. “Our party will have no future at the hand of old leaders.”

Professor Muni, a Professor at the Indian premier university JNU, holds a similar view. “People of Nepal have lost interest in the existing major parties, all led by the older generation in their 70s. They have no substantial agendas which people are pursuing for. Major political parties have lost their credibility. It seems that even the young leaders of the old parties are contesting only for power. So, many people sided with the Rashtriya Swatantra Party in this election due to their dissatisfaction with the bigger parties, who have failed to check corruption and instability,” said Muni.

However, senior leaders of the Nepali Congress including Dr. Shekhar Koirala and Ram Chandra Poudel do not budge with professor Muni. “Young leaders will support me this time to run the country. I will groom youth to take power next time,” said Poudel.

Despite retaining the simple majority, the trends suggest a divided polity with voters refusing to give a decisive mandate to any party. The CPN-UML, the main opposition group, too will have a substantial presence in the federal parliament.

The impressive performance of the pro-monarchy Rashtriya Prajatantra Party and the rise of the Rashtriya Swatantra Party, a party of young activists set up in June this year, point to the presence of a range of ideological strands in an extremely competitive electoral space.

This proliferation of political views and the successful conduct of an election under a contentious constitution augurs well for Nepal.

Although his critics inside the party and outside called the current results against him, the results can also be seen as an endorsement of the leadership of NC chief Sher Bahadur Deuba.

Deuba had negotiated a coalition with CPN-Maoists and CPN-Unified Socialists to form the government after CPN-UML leader K P Sharma Oli was forced to resign as prime minister. Deuba steered the government to a middle path from the perceived pro-China stance of the Oli administration.

Nepal’s fiercely nationalistic populace is clearly uncomfortable with outsiders dictating terms to Kathmandu. Deuba has skillfully stayed away from aligning too closely with either New Delhi or Beijing, or for that matter with the Americans and Europeans. The challenge for Deuba is to stay on this middle path and craft an economic agenda that can address the developmental concerns of his country.

This is easier said than done for he has to achieve this while managing a coalition of ambitious and ideologically non-compatible allies. His coalition partners — Maoist leader Pushpa Kamal Dahal Prachanda and Madhav Kumar Nepal of the Unified Socialists among them — will need to reconcile with the plurality of the polity, including the presence of monarchists. Oli, after having failed to deliver on the development front, had turned to anti-India nationalism, which failed to deliver him the election.

The results are also a warning to the aging leaderships of the established parties — the NC to the Communist Party of Nepal (CPN) offshoots. The surge in favor of the Rashtriya Swatantra Party indicates the presence of a groundswell for new, young leaders, fresh aspirations and an anti-corruption agenda. 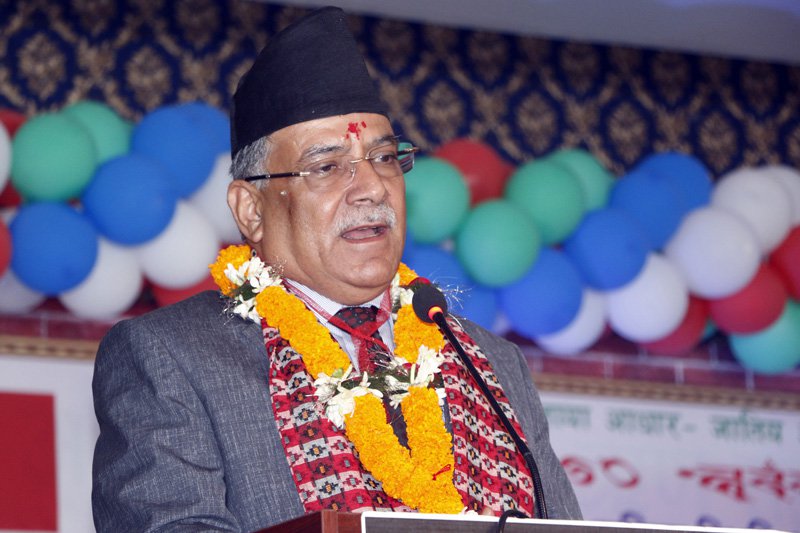 Delhi has found it easier to do business with the Deuba-led coalition in the past: Under Oli, Kathmandu had become closer to Beijing — which facilitated the merger of the main communist groups, Prachanda’s CPN-Maoist Centre and Oli’s CPN-Unified Marxist-Leninist, before they split. However, it should be cautious not to be seen as intervening in Nepal’s domestic affairs, including in regional disputes.

Nepali Congress will likely secure 89 with 57 in the first past and 32 in proportional representatives. Maoist 32 with 18 FTPP and 14 proporaiton. CPN-US 10 FTPP and Loktrantrik Samajbadi Party 4, Rashtirya Janmorcha 1. This alliance secured 137. Two seats are short of the majority. With five seats in the house, Jannat Party decides to back the ruling alliance. This means the ruling alliance has enough strength to form the government. 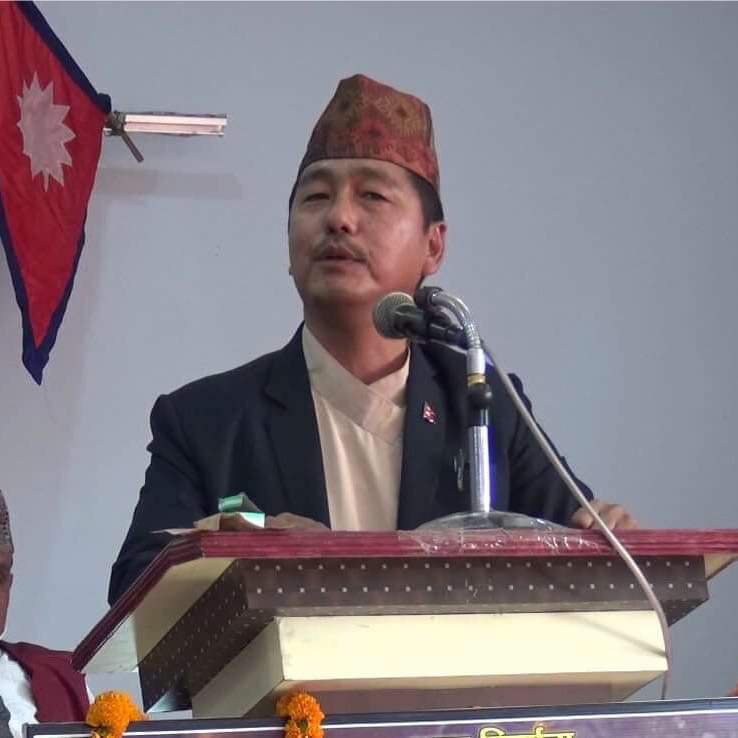 Similarly, CPN UML 78 with 44 in FTPP and 34 in Proportional representation, RPP 14 with 7 FTPP and 7 Proportional, and Janta Samajbadi Party 12 with 7 FPTP and 5 Proportional. This alliance has 104.

Rashtriya Swatantra Parrty 21 with 7 FPTP and 14 proportional, Jamamat Party 5 with 1 FTPP and 4 Proportional, Nagrik Unmukti 3 and Independent 6. This group has 30. 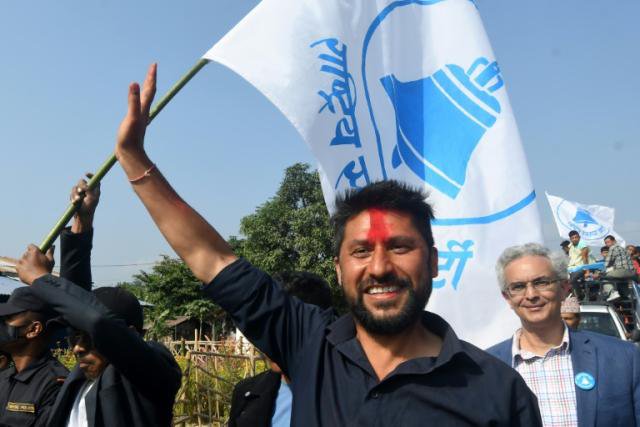 Although the NC-led alliance is preparing to form the government, its thin majority will create the uncertain situation in the country. Given the current Maoist stand, the new coalition will be shaky.