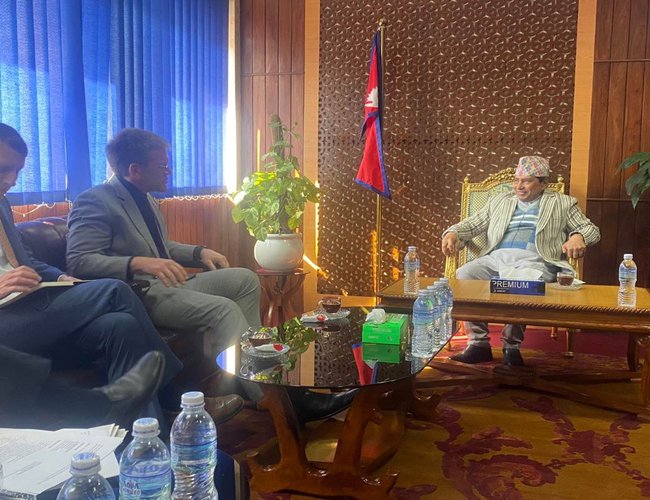 During the meeting, American ambassador Thompson reiterated that the US will continue development assistance to Nepal while referring to 75 years of diplomatic relations and cooperation between the two countries, according to DPM Shrestha's press coordinator Kamal Giri.

The Ambassador expressed happiness that a senior leader, Shrestha, has been in charge of the physical infrastructure and transport and then said that the US was willing to extend assistance in socio-economic and agriculture sectors in Nepal in addition to energy and humanitarian ones.

In response, DPM Shrestha appreciated the US assistance to Nepal and expressed best wishes for Thompson during his tenure as the ambassador.