One Died And Scores Of Building Damage In The Bajura Earthquake

One Died And Scores Of Building Damage In The Bajura Earthquake 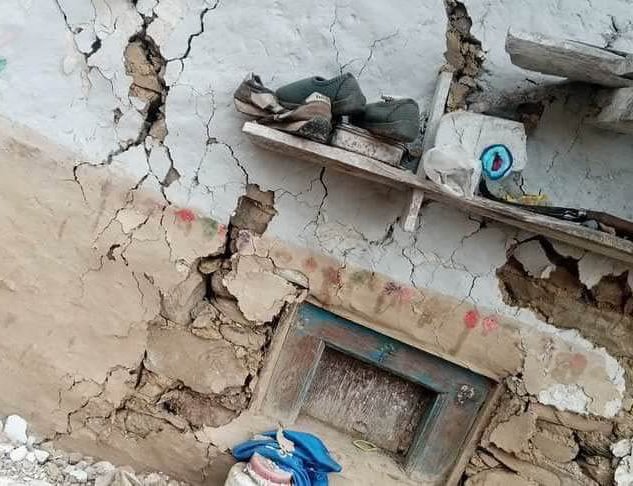 District Police Office Bajura informed that Jamunama Rokaya around 35 years, a woman of Gaumul Rural Municipality-2, was killed when a falling rock hit her while she was cutting grass in the nearby forest during the earthquake jolting the area.

He added that most of the old houses' roofs and the Budhi Nanda Municipality building have been partially damaged.

Locals have said that the Bajura district faced huge damage in various places and more than 40 cattle have been killed.

An earthquake measuring 5.9 magnitudes on the Richter scale jolted Baitadi and vicinity areas on Tuesday afternoon.

An earthquake measuring 5.9 in the Richter scale rocked western Nepal on Tuesday.

The tremor, which had its epicenter near Bichhya, Himali Rural Municipality, Bajura, occurred at 2.43 pm, according to Tirtha Dahal, information officer at the National Earthquake Monitoring and Research Centre’s Surkhet office.

In Bajura, the quake killed one woman, as of 6 pm on Tuesday.

According to the District Police Office (DPO) of Bajura, 35-year-old Jamuna Rokaya of Gaumul Rural Municipality–2 died when a rock

fell on her while she was fetching grass from a forest near her village.

The rock was propelled when the ground shook.

DPO head Surya Bahadur Thapa further said that the quake damaged scores of houses and physical structures across the district.

Gaumul Chairman Hari Bahadur Rokaya said that the earthquake also triggered a landslide which killed sheep and cattle and injured some herders.

In neighboring Bajhang, the earthquake damaged hundreds of buildings including government offices, police stations and the old building of the District Hospital in the district headquarters Chainpur.

Meanwhile, Hari Krishna Joshi of Jayaprithvi Municipality–11 sustained some injuries when he fell off his chair.