On a Long Walk to Freedom

On a Long Walk to Freedom 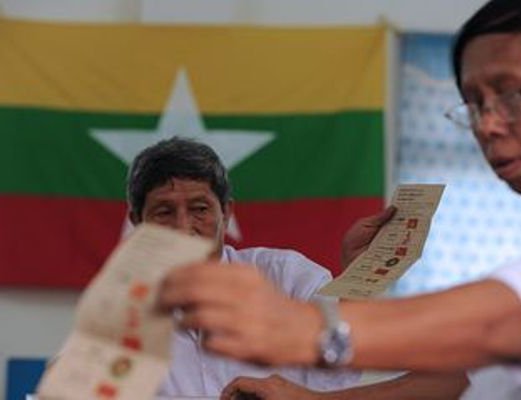 Elections are a rarity in Myanmar. But come November 8 and things are about to change. The country is going to witness a nation-wide parliamentary election which will be etched in the country’s history for having being the ‘freest’ national ballot in a quarter century.

With a tumultuous modern history plagued by military dictatorship, the upcoming election in this former British colony is a part of the series of political and economic reforms the military - dominated government has been pushing through since 2010. The government’s decision to release celebrated pro democracy activist Aung San Suu Kyi, establish the National Human Rights Commission and relax press censorship has been welcomed by the global community. United States, in particular, has embarked on a dramatic policy shift by re-establishing diplomatic ties and President Obama making a visit to the impoverished nation.

Suu Kyi’s National League for Democracy (NLD) is expected to secure a landslide victory following its exceptional performance in the 2012 by - election. But despite the dramatic reforms the country has witnessed in the past four years, critics doubt that Myanmar will achieve a full - fledged democracy anytime soon. Their doubts are not baseless. The military has shown no signs of loosening its grip on the parliament or making any amendments to the constitution. The reservation of 25% of the parliamentary seats for army generals remains intact. This means that all constitutional changes, which require 76% of the parliamentary approval, can be vetoed by the sitting military members of parliament. A reflection of this was seen earlier in June this year when the parliament voted against several constitutional amendments proposed by the NLD, including the proposal to lower the parliamentary approval for constitutional change from 76% to 70%. The proposal to lift the restriction imposed by the military Junta on Suu Kyi’s presidential candidacy was also rejected. The pro democracy activist has already stated that constitutional change is a prerequisite for ‘genuine change’ in the country.

Statements from members of the ruling Union Solidarity and Development Party (USDP) re - enforces claims by critics that a full - fledged democracy is still a distant dream for Myanmar. In response to NLD’s campaign slogan ‘Time for Change’, President Than Sein recently stated that Myanmar has had enough political changes. He has also reiterated time and again that the military will always wield a ‘special place’ in the government. There are reasons to support the view that a full stop has already been put to the reforms. The military - dominated government has already been successful in convincing the West and European Union (EU) to lift the sanctions imposed against it, which many saw was the one of the primary reasons for the dramatic changes. Thanks to the recent turn of events, foreign direct investment has also rocketed up in the country. It received a total of $8.1 billion in FDI in 2014 / 2015, a staggering 25 times the $329.6 million received in 2009/2010, the year before military ceded power. This has enabled the government to move away from its dependence on traditional ally, China, which many saw was another reason for the reforms. Put all of this together and what you get is a powerful military which has succeeded in its mission and which would now want to ward off any further changes.

There are already evidences to prove that the current government is backsliding on many of its promised reforms. Despite President Than Sien’s pledge to free all political prisoners by the end of 2013, there are still close to 70 such prisoners yet to be freed. Earlier in July this year, four local journalists were handed a 10 year prison for reporting on an alleged chemical weapons factory. These events even led to the UN Special Rapporteur for Myanmar to speak out on the ‘worrying signs of possible backtracking’.

Although the upcoming elections will be pivotal in the history of Myanmar, the transition to a complete democracy will still take a long time. A range of problems plaguing the country, including the ethnic tensions especially the discrimination of ‘Rohingya’ population, is further expected to compound the transition. The 5% of Muslim minority is still denied voting rights and the NLD, itself, seems non - committed to values of democracy as it has deliberately not fielded any Muslim candidates for the fear of upsetting the majority Buddhists.

It will be a long haul before the people of Myanmar can genuinely rejoice.

China And The U.S. Are Edging Toward A New Cold War: Kissinger By Agencies 1 week, 1 day ago

The Pre-Trump World Won't Come Back By Agencies 2 weeks, 2 days ago

US Formally Withdraws From Paris Agreement By Agencies 3 weeks ago

We Were Beating China At A Level They Haven't Been Beaten Before: Trump By Agencies 3 weeks, 4 days ago

China Registered 4.9 Percent Growth In The Third Quatar By Agencies 1 month, 1 week ago