Nepal’s Main Political Actors Must Admit That The New Constitution Is A Failure.

The tussle between the Nepali Congress and the two parties constituting the Left Alliance is centered around the latter demanding the early resignation of the government in deference to the poll verdict. 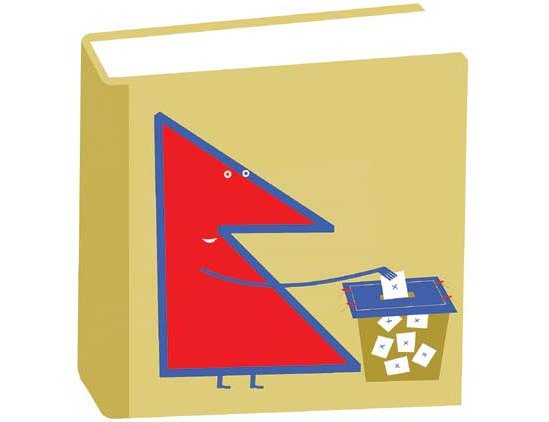 The constitutional and political limbo following the elections has exposed the inadequacies of the country’s two-year-old constitution. The formation of a new government is nowhere in sight. That means that the ruling Nepali Congress, even after a major setback in the polls early last December, will continue to rule for some more time. The architect of the constitution — mainly the three major parties, the Nepali Congress, Communist Party of Nepal-Unified Marxist Leninist (UML) and the Maoists — appear defenceless when it comes to dealing with the ambiguities of the constitution. But they have not gathered courage to admit that truth.

The tussle between the Nepali Congress and the two parties constituting the Left Alliance is centered around the latter demanding the early resignation of the government in deference to the poll verdict. The Nepali Congress, however, insists that it will wait for the formation of the Upper House of Parliament, and the notification of all the results including that of members elected under the proportional representation system. That will take at least another month.

The UML, which aspires to head the new government because the Left Alliance has a near two-thirds majority in Parliament, has reasons to worry about this delay. “We suspect local and external forces are out to subvert the peoples’ mandate,” prime ministerial candidate K.P. Oli said. He, however, chose not to delve into the ambiguities within the constitution that are behind the current mess. Balkrishna Neupane, a noted constitutional expert , said, “This constitution is dead for all practical purposes, but some forces need to say it is dead. Perhaps, the best option will be to have the 1991 constitution (of the Kingdom of Nepal) restored.” The current constitution had fixed January 21 as the deadline for holding elections to the federal parliament. This also meant that the institution had come into existence immediately after the election results, leading to the formation of the government.The blame for this not happening should fall on all the three key political parties.

But the government and the key parties seem to have taken at least some cognisance of the public anger and are trying appease the forces they had totally excluded from the constitution-making process. President Bidhya Devi Bhandari and Prime Minister Sher Bahadur Deuba, among others, made a beeline to offer homage to the late king, Prithvi Narayan Shah — the unifier of modern Nepal — as the government observed his birthday, January 11, as National Unity Day after a gap of 11 years. Shah’s ninth-generation descendant and dethroned king,
Gyanendra, received a rousing welcome in western Nepal during his three-week long tour of the area, with crowds asking him to take his throne back. “These 601 (number of members in the outgoing parliament) have plundered the country,” people who called on the king said.

For a change, senior officials of the police, civil administration and paramilitary forces also called on the former king. Gyanendra also crossed over to Lucknow, where he was given a warm welcome by Chief Minister Yogi Adityanath on January 8. Both Adityanath and the former king regard Lord Gorakhnath as their presiding deity. But the meeting between the two is also seen as India’s opening a line of communication with the former king, 11 years after it played a role in pushing Nepal towards republicanism by joining hands with the Maoists and other political parties.

“The absence of the monarchy is being felt in the country,” said Ram Sharan Mahat, a prominent member of the Nepali Congress working committee and a former foreign minister. There are many others who now believe that outside forces with geo-strategic interests made a few top political leaders “pawns” and dismantled the institution of monarchy and discredited the judiciary — so that they could get de facto power. This feeling is being articulated more and more, including within the Nepali Congress. Such views could also give rise to a more strident “nationalism” , retaliation and intolerance in the long run, if they are not given space in Nepal’s politics and constitution.

The welcome that the dethroned king got in western Nepal, the violent protests in several places against the government’s decision to name temporary centres (capitals) for seven provinces, the Rs 101 billion borrowed by the government to pay salaries to its employees and an almost similar amount needed to relocate its employees to provinces, as Nepal goes federal, are signs that the country’s constitutional, financial and political problems will become knottier. The three major parties should be held responsible for this.

Nepal can either continue to be governed by a failed constitution, with the rulers using it the way they want. Or the leaders of three parties can give up on their egos and chart out a conciliatory roadmap. For this to happen, they need to admit that they bungled all the opportunities in the past 11 years. But unlike on the previous occasions, they have to find a way out in Nepali territory, involving all internal forces genuinely and seriously.