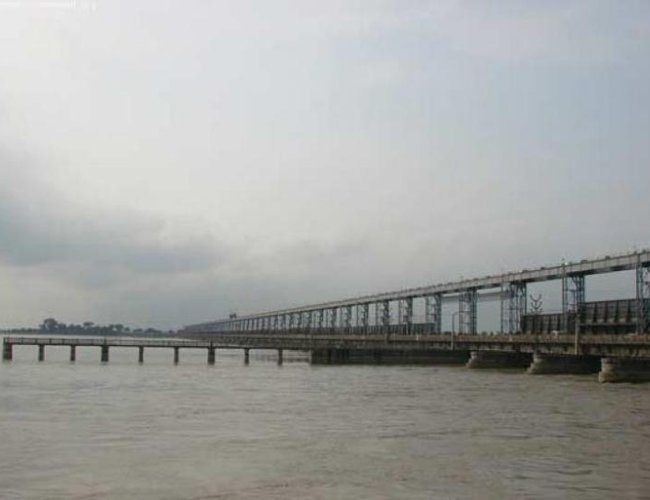 It has been already established based on detailed studies that the proposed Kosi, Karnali, Panchesgwor, West Seti, Burigandaki storage dam projects increase about four times  the dry season flow of each of those rivers. Unfortunately there is not any scope to use the augmented flow of these rivers within Nepal, whereas India is desperately in need for water to irrigate its agricultural lands greatly suffering  from too often repeated extreme droughts. Apart from it  proposed storage dams would be providing much needed relief to India from frequently occurring  widespread flooding  that result to enormous loss of life and property.

International law provides that Nepal has a right to seek a reasonable share in downstream benefits accruing to India as a result of the use of regulated water discharged after generation of electricity in Nepal.   In case of  storage dam type hydropower project built in Canada in 1960s  the lump sum amount of the Canadian share of downstream benefits to accrue from the USA  was  invested to build the proposed storage dam hydropower project. This type of arrangement could serve as a model for the development of our large storage dam projects.

The Article 38 of the Statute of the International Court of Justice provides that the Court, whose function is to decide in  accordance with international law- both in general  and  international  water  resources- such disputes as  are submitted  to  it shall apply  international  conventions, treaties between states, customs, general principles of  law, etc.  Thus  it  is necessary to analyze  various past international treaties particularly  related  with  water resources  to judge applicability of international law in respect of our country's claim on downstream benefits.

The  Indus and Farakka  treaties are  two  perfect  examples that show  our neighbouring countries India, Pakistan and Bangladesh fully agreeing  that treaties and precedence do  serve as the base of international law. Thus  they have deliberately inserted a special   provision  in the above mentioned treaties  as presented hereinafter to restrict their  applicability as the base of international law.

Nothing in this Treaty would be construed by the Parties as in any was establishing any general principle of law or precedence.

The Treaty  contains   at  the  very  beginning   in the  preamble  itself   a   statement  that this  Treaty   will  not  affect  the  rights  and  entitlements  of  either country other  than  those covered    by  the  Treaty  and will not  establish  any  general  principles of law  or  precedent.

According to Columbia River Treaty ratified on September 16, 1964,  Canada was entitled to receive 50% of the net downstream benefit accruing to the USA due to use of regulated flow discharged from the  Canadian hydropower after electricity generation. Canada received additional amount for flood control benefit accruing to the USA. The Treaty is valid for indefinite period. Canada was provided a lump sum  payment of US $254 million, equivalent to 30 years' Canadian share of downstream benefit, to help fund the construction of the Treaty project.  Apart from it Canada received US $ 67 million for flood control. ( It should be noted that the total construction cost of the  proposed Karnali High Dam Project in 1966 was only US $ 240 million) After the expiry of 30 years period Canada  still continued  to receive its share in downstream benefits.

Lesotho Water Project Treaty was signed in 1986 between Lesotho and South Africa for power generation and supply of regulated water to South Africa. The total cost was estimated to be about US $ 5.2 billion. South Africa was to provide the entire amount needed to implement the project.  The amount thus provided to Lesotho would be recovered within a period of 50 years from  the 56%  Lesotho's  share  in net downstream benefit accruing  from the supply of regulated water to the South Africa.   Lesotho would continue to receive downstream benefit indefinitely even after repayment of the money borrowed from South Africa.

Posterity Would Condemn Us

Even for very rich countries like the USA and Canada possessing enormously large water resources  the settlement of the issues related to sharing of downstream benefits accruing to lower riparian country from the use of regulated water required direct involvement of the head of  government of the country. Three Presidents, Eisenhower, Kennedy and Johnson from the USA side, and   two  Prime-ministers Diefenbaker and Person from Canadian side were involved at various stages in finalization of the decision to implement the project to use the potential of the Columbia river.  Unfortunately our country is entrusting FOREIGN INVESTMENT BOARD to look after all aspects of our large storage dam projects solely from the view point of power generation compromising all other very important components of water resources development.

Mishandling of our large water resources projects would lead  to their devastation for ever.  Paul D. Terrell, Chief Advisor Consult of Karnali Multipurpose Project has written in an article published in magazine HIMAL in May/June 1991 " Nepal should beware of unintentional give away in hydro development, and not rush to compromise the optimum development for the sake of quick deal.  The present institution should be wary of giving away Nepali children's rightful inheritance."