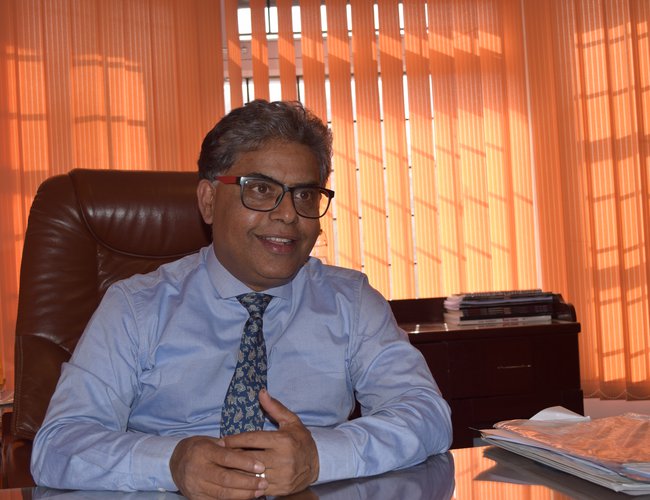 Entering Ghandi & Associates, one of Nepal’s most decorated law firms, feels like entering an establishment you’d expect to find in London or New York - impressive large, modern and chic. Ghandi Pandit, the organisation founder and head, has an office filled with legal literature and rich leather, which gives clients a feeling of security, he claims. From his work in the west he knows that foreign clients expect a certain level of professionalism to feel comfortable investing their money.

They have offices located in Kathmandu, Pokhara, and Butwal with over five-hundred clients including the World Bank, Essar and IDBI.

Pandit is a Columbia Law graduate himself, as well as being involved in the founding of the National Judicial Academy.

His team covers everything from licensing, through litigation and arbitration cases, to drafting legislation for the government. Pandit himself specialises in corporate and commercial law, and has even been recognised as a senior advocate by the Supreme Court. He speaks extensively with us about foreign investment (FDI) and explains that Nepal can be an exciting place for it.

FDI is a focal-point for Nepal right now. Hari Bhakta Sharma, president of the Confederation of Nepalese Industries, told Republica that due to the Government’s slim resources, private and foreign ventures are vital for maintaining economic growth. Pandit mirrors these sentiments, stressing how much Nepal has to give.

Nepal Rastra Bank has indicated that this is happening, albeit slowly. Since 2008 foreign investment has increased from $2.8million to $57million, which is a fraction of what Nepal needs. Reports from the World Bank and National Planning Committee highlight Nepal’s financial trouble by stressing infrastructure needs $2billion extra spending per year. Even if all of Nepal’s foreign investment was focused here, the impact would be minimal.

That being said, FDI more than doubled in 2017 from 2016, and Santander Bank reports that 348 foreign venture projects happened in Nepal last year. The US Embassy also issued a report showing the international spread of the country’s investors, with a top five of China, Switzerland, the UK, Singapore and South Korea. Pandit asserts that foreign investment is definitely making its way into Nepal but there are serious hurdles for it.

The first issue he speaks about is the lack of qualified lawyers. After studying in the US he returned to Nepal and worked with the Asian Development Bank (ADV) on projects for legal reform to help with investment.

“It’s good to have a good law” Pandit says “but law has no impact if that law is not known … not interpreted well … not implemented … lawyers and judges need to be trained … but in Nepal they are not.”

He explains how most experienced lawyers stay out of Nepal for two reasons Corruption and Nepotism.

This won’t be a surprise to many as it’s already widely acknowledged as a serious issue, with Nepal ranking 122nd in the latest world corruption perception index. The country finds itself wallowing in the bottom third, closely accompanied by the likes of Kazakhstan and Liberia. The former’s economy minister is currently standing on trial for charges of embezzlement and bribery; crimes widely believed to be common within their political system. The latter’s corruption has been described as “endemic” by the World Bank.

The report finds that judges frequently take bribes from individuals or companies for favourable rulings. It also finds that commercial disputes often drag on years due to the lack of a coherent legal framework, competent judiciary or qualified lawyers – all things Pand it highlights as issues for investors.

The WEF report also finds bribes are usually necessary to secure basic utilities for projects. These are known as facilitation payments and despite being illegal, are very common. This means that officials require off-the-book money to activate items such as electricity and water. Similarly, bribes are often expected to obtain construction permits which can become a legal headache for investors.

A report by GAN Integrity says the realities of corruption in Nepal make it an unattractive place to invest in in comparison to its cheaper, more transparent South-Asian neighbours. 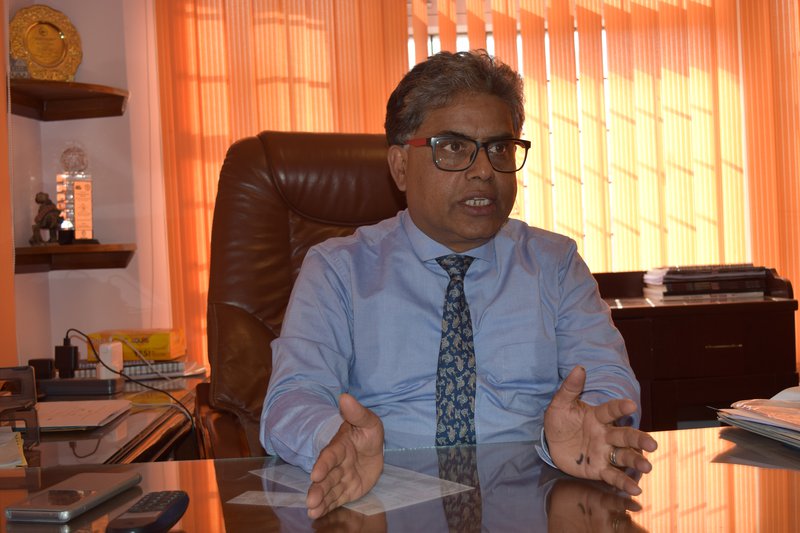 The other concern of Pandit’s is Nepal’s dogged nepotism. He explains the presence of a “political bubble” in Nepal that excludes highly qualified individuals, such as himself, in favour of unqualified peoples. He claims the situation is comparable to politicians giving their friends jobs as doctors, “they’re that unqualified!”Ghandi & Associates is involved in the legislative process but not enough, he exclaims.

The ADB has also commented on this, highlighting Nepotism’s adverse effect on development projects. It declares that as of a year ago, 65% of finances available for Nepal’s development programmes were not being spent. That’s $1.3billion of undistributed funds. Their report stresses that a major cause of this is poor management, with politician’s “nearest and dearest” being given roles they should not fill.

Pandit maintains that this discourages qualified lawyers from practicing in Nepal because the legal system becomes incoherent and difficult. He finishes by pointing out that this turns away foreign investors.

Pandit’s words are not all doom and gloom though. He says that the current potential for political stability could be a god-send for investment. Heexplains that from 1996 to 2006 the deterioration of Nepal’s political situation made any ventures incredibly risky. He argues that the new reality of the UML and CPN(M) government makes Nepal a far more inviting place for investors than ever before.

Despite this one positive, there are many issues going forward for Nepal’s relationship with foreign ventures. Pandit affirms that much needs to be done to solve these problems but also claims that “in Nepal it’s very easy to point out problems but far harder to give solutions.”However, there’s one thing that’s certain – Ghandi & Associates will be integral to any positive resolution.

Locusts Reached To 26 Districts In Nepal, Destroyed The Crops By NEW SPOTLIGHT ONLINE 6 days, 22 hours ago