Modi’s visit also comes ahead of Oli’s trip to China, with whom he had signed a major framework agreement regarding trade and transit in March 2016, around the time of the blockade. 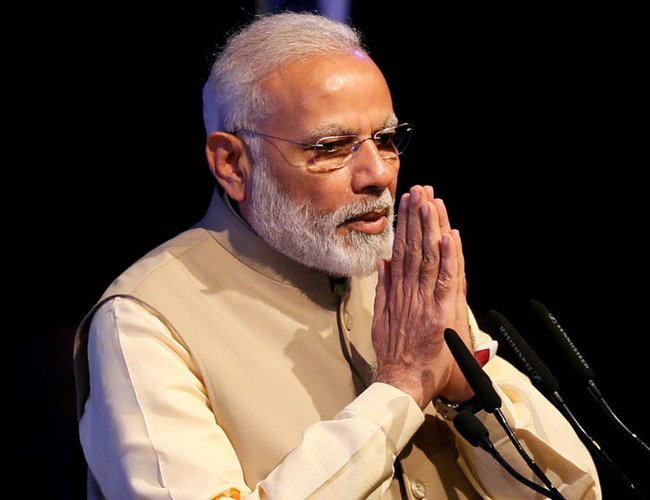 Narendra Modi will undertake yet another trip to Nepal this month. However, the Indian prime minister appears poised to project the upcoming visit as a pilgrimage than a mere diplomatic venture.

Officially, Modi will reach Nepal on May 11, 33 days after Nepali Prime Minister K P Oli visited New Delhi. Both the leaders thought it would mark the beginning of the end of a bitter chapter in bilateral relations. Modi’s decision to fly from Patna to the Ramayan-era city of Janakpur and offer puja at the Janaki mandir gives the impression that it’s mainly a “religious” visit. It is to be followed by a public felicitation that is sure to see the participation of local residents and people from places adjoining Bihar. After the night stay at Kathmandu and a public felicitation similar to that in Janakpur, Modi is to visit the Muktinath shrine in Mustang district adjoining Tibet next morning, if weather permits. He will have a few hours in Kathmandu and return to Delhi the same evening.

Social media in Nepal is divided on the Indian PM’s visit — some have questioned if the government ought to hold a public felicitation and a few others want the Indian prime minister to “apologise” for the blockade of 2015. The attendance at the two public felicitations, therefore, will be closely watched.

Between Oli’s return from Delhi, where he said Nepal-India relations have been put on track, and Modi’s arrival, the Nepal PM criticised the Indian government in public, at least on two crucial issues. “There are some countries that are busy spreading the rumour about Nepal not being the birth place of Lord Buddha,” he said while addressing a huge congregation that included foreign dignitaries and practising Buddhists at Lumbini on April 30, the Buddha’s birth anniversary. A few hours earlier, Modi had claimed before a congregation of Indian Buddhists that India was the Buddha’s birth place. That Modi chose to skip Lumbini despite Oli wanting him to go there is talked about in Nepal. Oli, of late, has also been critical of India giving only one particular airspace via Semara to Nepali airlines despite Nepal’s demand for more: Kathmandu is preparing to build at least three additional international airports, two of them close to the Indian border.

Modi’s visit also comes ahead of Oli’s trip to China, with whom he had signed a major framework agreement regarding trade and transit in March 2016, around the time of the blockade. Oli’s visit to Delhi last month and Modi’s return visit are primarily aimed at taking bilateral relations back to the pre-blockade days. India will try to discourage Oli from extending the Chinese railway network to Lumbini and the northern neighbour setting up huge industrial belts in every province. Modi is sure to reassure Kathmandu that Delhi will undertake these responsibilities in a time-bound manner.

Meanwhile, Oli is under pressure from Beijing to honour his public commitment to restore the construction of the 900-MW Budhi Gandaki project to a Chinese firm. The popular perception in Nepal is that Chinese aid and Beijing’s willingness to operate within its (Nepal’s) sovereign framework gives it an advantage over India. Delhi, it is perceived, has over the years pursued, and even dictated, liberal and radical political values in Nepal, undermining national sovereignty at times. China seems to have understood the Nepali sentiment and psyche better than the culturally and religiously “linked” India.

Modi’s choice of Janakpur as the first step also seems to be an indication that India has not yet given up on the Tarai issue, though it withdrew support to a party that boycotted the constitution over the matter. It was, perhaps, Modi’s way of extending support to Oli and an endorsement of the mandate he received in the polls. Also, Modi ought to know that the European Union, India’s ally in promoting democracy in Nepal, has a much larger presence in the Tarai and that India is viewed with suspicion for the secessionist trends in some pockets here.

Modi and Oli may also launch the construction of the Arun3 Hydro project in eastern Nepal, a project undertaken by Sutlej Jal Nigam, a joint venture with the government of India, although it has not been able to meet the deadline for financial closure.

It is possible that PM Modi wants to explore the symbolism in visiting Hindu shrines and use government-sponsored public felicitations, instead of government channels, for outreach. There is a distinct realisation that India has lost its influence in Nepal.