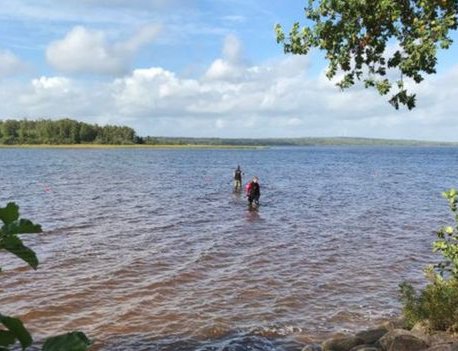 An eight-year-old found a pre-Viking-era sword while swimming in a lake in Sweden during the summer.

Saga Vanecek found the relic in the Vidöstern lake while at her family's holiday home in Jönköping County.

The sword was initially reported to be 1,000 years old, but experts at the local museum now believe it may date to around 1,500 years ago.

"It's not every day that you step on a sword in the lake!" Mikael Nordström from the museum said.

The level of the water was extremely low at the time, owing to a drought, which is probably why Saga uncovered the ancient weapon. 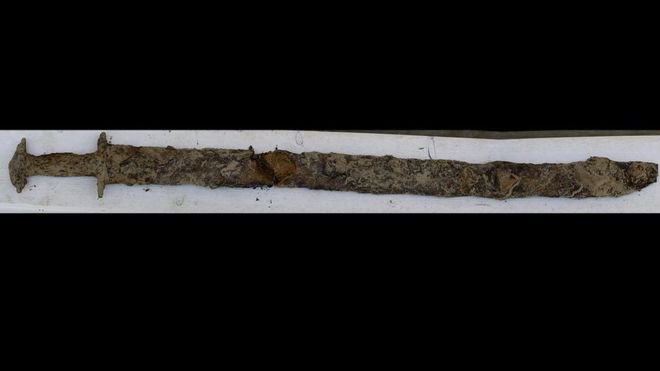 "I felt something in the water and lifted it up. Then there was a handle and I went to tell my dad that it looked like a sword," Saga told the Sveriges Radio broadcaster.

Saga's father Andy Vanecek told the English-language website The Local he initially thought his daughter had found an unusual stick or branch in the water.

It was only after he asked a friend to take a closer look did he discover that it was likely to be an ancient relic.

The local museum - which is now preserving the historic item - said the sword was extremely well-preserved.

Saga's discovery led the museum and local council to carry out further excavations at the site, finding a brooch from the 3rd Century.

The Jönköping county museum said that its investigation of the lake is unfinished and it could yet turn up more ancient items.