Despite the claim of stability, top leaders of ruling NCP and main opposition Nepali Congress are facing the wrath of critics 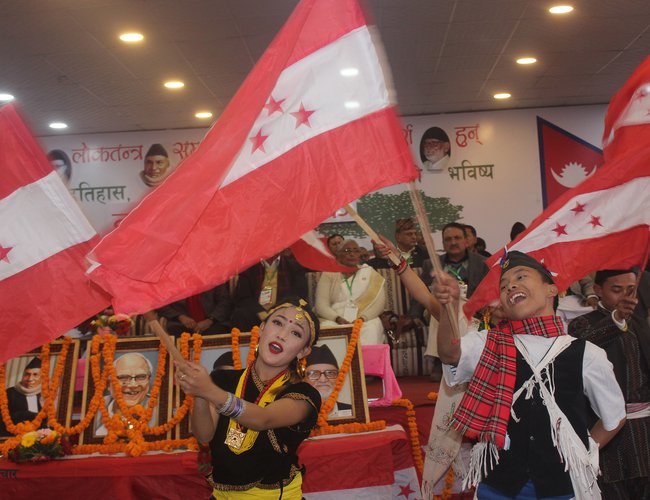 Riddled with lackluster performance and factional division, overwhelming members of Nepali Congress have demanded review of the party policies at their Mahasamiti Meeting (General Committee).

The situation with ruling Nepal Communist Party (NCP) is not different in its standing committee where senior leaders have criticized the functioning of the party leaders, particularly prime minister K.P. Sharma Oli.

As Nepal has been implementing the new constitution with federal structure, internal disputes in Nepal’s two major parties on the issue of ideology and functioning of party organization will have significant impacts.

At a time when Nepali Congress top leadership is pressing for the amendment of the constitution directing party to adopt a new flavor, overwhelming number of Mahasamti members have demanded to reverse the party’s current ideological stand. Over 500 members even presented a written demand to the party’s meeting to restore constitutional monarchy and Hindu state.

Backed by general secretary Dr. Shashanka Koirala, a strong group of leaders is demanding restoration of Hindu State against the current state of secularism backed by Krishna Prasad Sitaula.

“Nepali Congress needs to demand a referendum between Hindu State and Secular state,” said General Secretary Dr. Koirala. “This issue should be decided on the basis of voting.”

However, Sitaula group is stressing for the status quo or secular state. “There is no question to change the current statue and Nepali Congress cannot go on a reverse gear as the party played a crucial role to restore secularism after 2006 political movement,” said Sitaula. 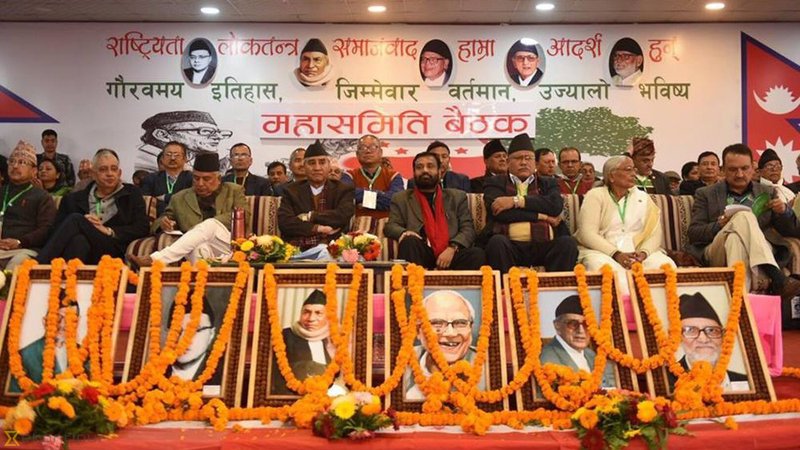 Although party leader and former prime minister Sher Bahadur Deuba has maintained silence over ideological issues and has pressed for the amendment of statue in line with the changing political scenario, the issue of reviving constitutional monarchy and Hindu Kingdom has already gained momentum.

“We need to make our party strong and unified to fight with the communist government which will ultimately impose one party tyranny. I have been saying this for the last many years. This is time to amend the statue to strengthen the party unity and party organization,” said Deuba.

At a time when communist-led parties are championing the agenda of people’s socialist republic and federal secular state, Nepali Congress has little option. Nepali Congress cannot compete with communists in populism and radical sloganeering and large numbers of its voters avoided voting in the last elections due to confusion on Nepali Congress’s identity.

“Our party’s ideological identity lies on B.P. Koirala. If we give up BP, we will be nowhere. We have lost the elections last year because we contested the elections harping on ideology like that of communist. We must distinguish to the people that Nepali Congress is a liberal democratic party. As BP said Nepali Congress sides with constitutional monarchy to protect nationalism and sides with democratic ideals to protect democracy,” said Govinda Raj Joshi. “As liberal democratic and social order is under threat, I don’t have any hesitation to demand restoration of constitutional monarchy and Hindu Kingdom.Given the present trend of President trying to side as a president of particular party or leader, reviving constitutional monarchy will be better to have neutral head of state.”

As Nepali Congress held its Mahasamiti meeting and ruling Nepal Communist Party (NCP) held its standing committee meeting, the political environment is likely to heat up in the coming days.