Priyanka Chopra: There Is A Big Difference Between A Husband And A Boyfriend

Priyanka Chopra: There Is A Big Difference Between A Husband And A Boyfriend 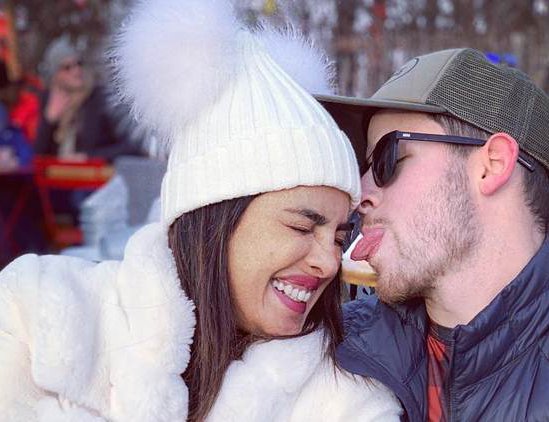 Priyanka Chopra, who is currently promoting her upcoming romantic comedy Isn’t It Romantic, appeared on the show Good Morning America on Wednesday. Like all her recent interactions on various chat shows, here too the actor narrated incidents from her wedding.

Priyanka got married to American singer Nick Jonas in December 2018 in Jodhpur, India. The Quantico actor later hosted a couple of reception parties for close friends and family. On the show, PeeCee recalled her freak out moment from the wedding.

“When I was standing there waiting for them to tell me when to walk out and the music was going to start playing, I just started to have a panic attack. And then the doors opened and I saw him, I cannot forget that moment.,” narrated Priyanka Chopra. She also mentioned how her mother Madhu Chopra insisted on inviting even her jeweller to the wedding and that is why she decided on hosting reception parties later.

“My wedding was an intimate affair. We had just 200 people, which is very less for an Indian wedding that is usually like 1000 people. My mom wanted to call even her jeweller to the wedding and then I had to tell her that I am trying to keep it small. So we had to host receptions for a bunch of friends and family,” she said

Asked how married life is treating her, the actor replied, “Married life is different. There’s a big difference between a husband and a boyfriend. I didn’t understand the gravity of that when I got married. But it is a good thing to be married to a good husband and that makes it easy.”

Priyanka Chopra was also asked if she had to wake up in a romantic comedy which one it would be. The actor chose 1996 drama, Jerry Maguire. “I’d want to wake up as Jerry, instead of Renee’s character. As much as I loved the character, now I look back and I’m like ‘he had all the fun! Why should boys have all the fun?’” she said.

By the end of the show, Priyanka received a crockpot as her wedding gift from GMA.

Chloe Zhao Is The First Women Of Color To Win Oscar Bet Director Award By Agencies 1 month, 3 weeks ago