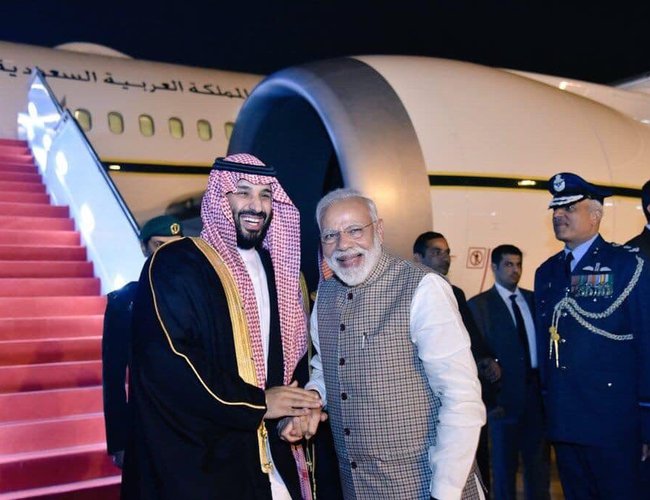 The Saudi crown prince, also known as MBS, was welcomed at the New Delhi airport by the Indian Prime Minister Narendra Modi, who embraced him in a characteristic bear hug.

On Wednesday, Prince Mohammed is likely to hold talks with Modi, who is a recipient of Saudi Arabia's highest civilian honour, the King Abdulaziz Sash.

"Trade and investment, defence and security, including counterterrorism, and renewable energy" will be discussed during the crown prince's meeting with Modi, India's foreign ministry said.

The two sides are also expected to discuss oil giant Saudi Aramco's investment in refineries in India, including the company's stalled project to build a $44bn facility on the western coast of India. 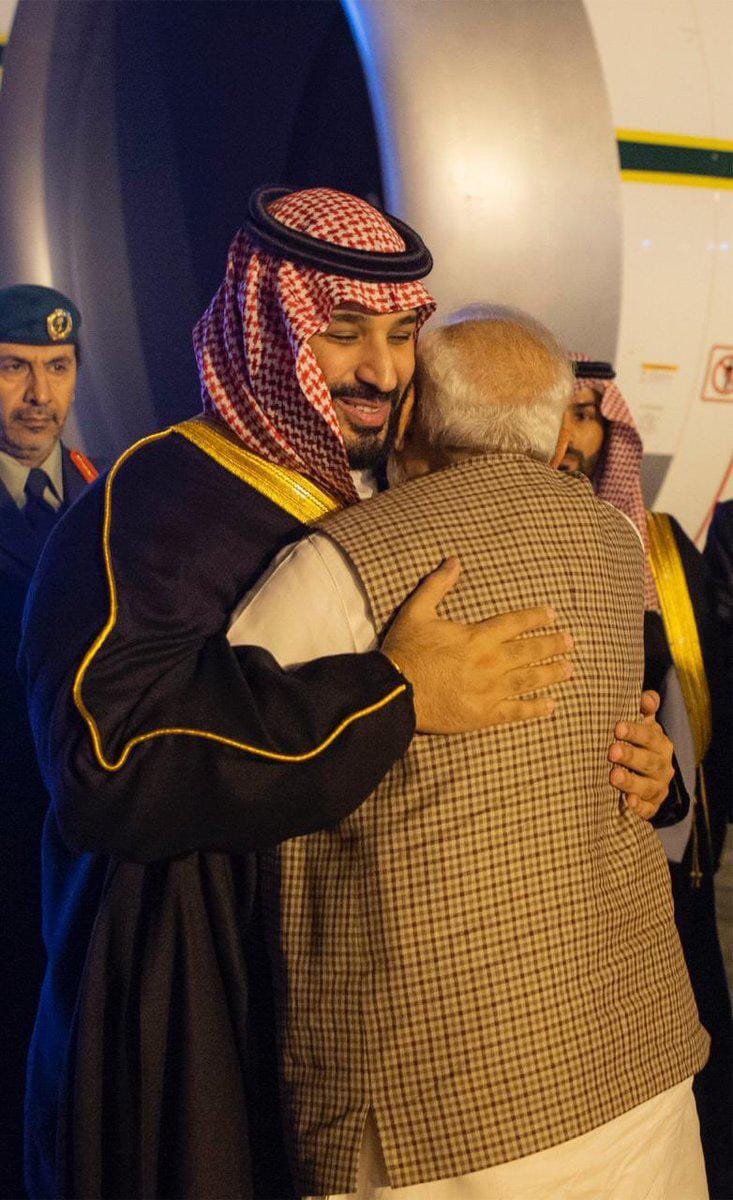 On Monday, Devendra Fadnavis, chief minister of Maharashtra state, announced that the India-Saudi project would be moved to a new location following demonstrations by farmers protesting against land acquisition.

India's ties to Saudi Arabia have grown significantly over the past two decades. Home to more than 2.7 million Indian expatriates, t he kingdom is India's fourth-largest trading partner, with bilateral trade worth $28bn.

Riyadh is also the top source of India's energy supplies, supplying 20 percent of its crude.

"India, as a massive consumer of oil, and Saudi Arabia, as a major producer is an obvious synergy," Manoj Joshi, at the New Delhi-based Observer Research Foundation think-tank, told Al Jazeera.

"Indian corporates [organisations], skilled personnel and managers are already playing a big role in Saudi Arabia. The Saudis, in turn, hope to play a role in India's growth by becoming investors in the National Investment and Infrastructure Fund soon. Investment in non-oil sectors in India is also part of Saudi economic strategy," he added.

In November, the powerful crown prince and heir to the throne announced he was on the verge of finalising an initial investment in India's National Investment and Infrastructure Fund, a quasi-sovereign wealth fund, to help accelerate the building of ports, highways and other projects in India.

Saudi Arabia has also long been a source of financial aid for India's nuclear-armed rival, Pakistan.

Tensions between neighbours India and Pakistan have flared since last week in the aftermath of an attack that killed at least 42 Indian paramilitary police in India-administered Kashmir.

On Sunday, during MBS's visit to Pakistan, Saudi Arabia signed investment agreements with the South Asian nation worth $20bn.

"The texture of Saudi Arabia's relationship with Pakistan is different," Joshi said. "Islamabad looks up to Saudi Arabia as a co-religionist and indeed, leader of the Islamic world. The Indian relationship is based on a practical partnership of two sovereign states."

MBS's Asia trip includes a visit to China, which is his last stop, where he is expected to announce deepening cooperation on Beijing's Belt and Road initiative, a modern-day revival of the ancient Silk Road.

The Saudi leader has been battling a major political crisis after the killing of journalist Jamal Khashoggi in the kingdom's consulate in Istanbul in October. 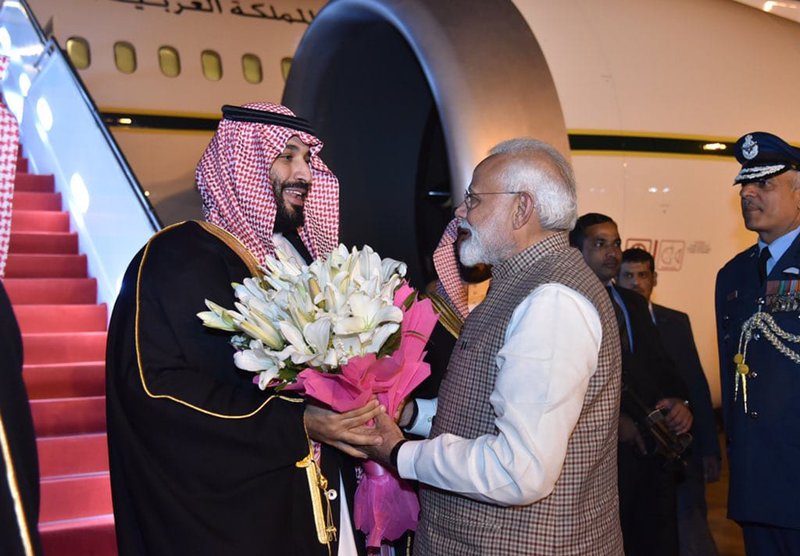 Joshi said the India trip would "help a little bit" in the attempts to refurbish the international image of the Saudi rulers.

On Monday, hundreds of people had protested in New Delhi against the Saudi military onslaught in Yemen and Khashoggi's killing.

"Saudi Arabia is guilty of war crimes in Yemen. Civilians and children have died because of the war criminal Mohammed bin Salman . The Indian government should not give him a red-carpet welcome," Shujaat Ali Quadri, organiser of the protests in New Delhi and spokesman of All India Tanzeem Ulema e-Islam.

Rockets Rain On Tel Aviv As Violence Expands By Agencies 2 days, 6 hours ago