Minister Adhikari Including Seven Other Killed In Helicopter Crash

Minister Adhikari Including Seven Other Killed In Helicopter Crash 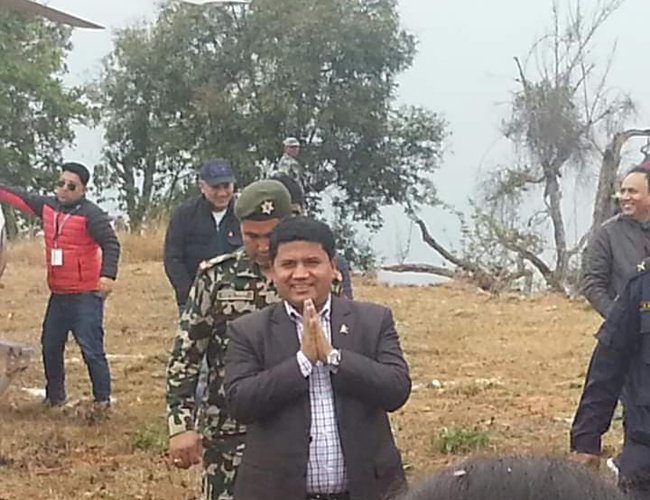 Seven persons including Minister of Culture, Tourism and Civil Aviation Rabindra Adhikari have been killed in a helicopter accident near Pathivara Temple in Taplejung District. 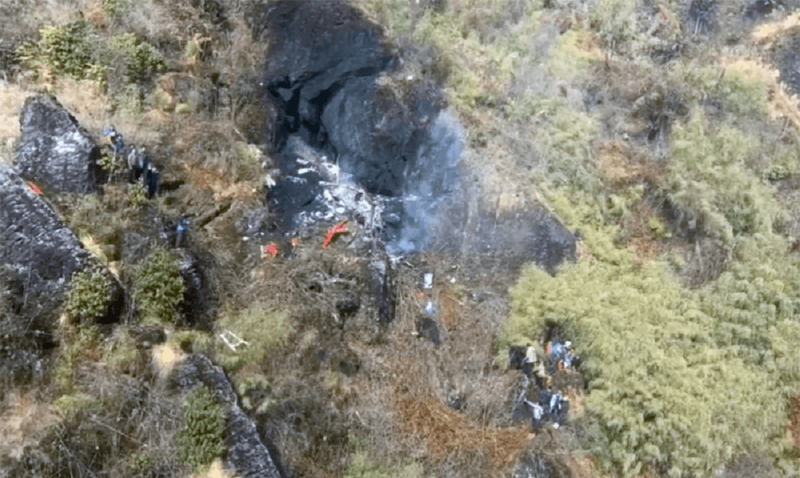 According to a media report, locals said that they heard a loud bang followed by a sight of smoke and fire in the area.

It has been learnt that the tourism minister, along with other officials, had visited Pathibhara Temple after attending a program at Chuhan Danda in Panchthar to observe the under-construction airport. The helicopter crashed right after they had taken off again from the temple.

Adverse weather condition is hindering the lifting of bodies. Two helicopters of Nepal Army are flying to the area.