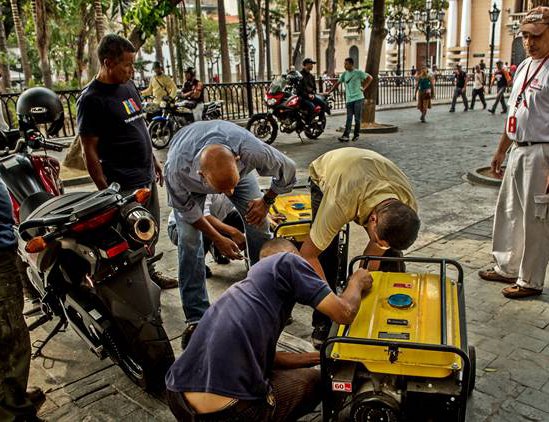 A widespread power cut affecting much of Venezuela has continued throughout Friday ahead of planned protests on Saturday.

President Nicolás Maduro and the US-backed opposition trying to oust him have blamed each other for the outage.

Hospitals struggled to cope and at least one hospital patient died when her respirator stopped working.

The power cuts, which started on Thursday, have been caused by problems at a major hydroelectric plant.

Venezuela depends on its vast hydroelectric infrastructure, rather than its oil reserves, for its domestic electricity supply. But decades of underinvestment has damaged the major dams, and sporadic blackouts are commonplace.

Some parts of Caracas and the rest of the country have had their electricity supply restored and Venezuelans are now bracing themselves for a weekend of pro and anti-government protests. 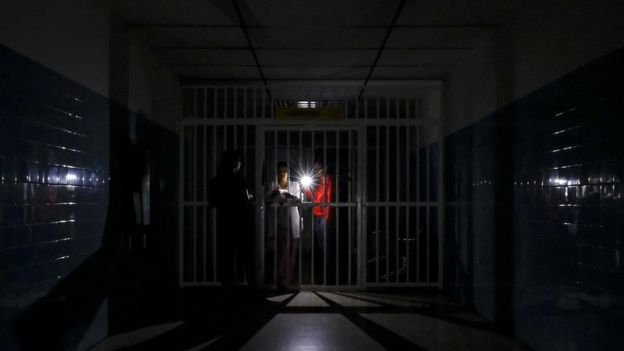 Some hospitals saw chaotic scenes as relatives tried to move patients in the dark to other medical facilities with emergency power generators.

"The doctors tried to help her by pumping manually, they did everything they could, but with no electricity, what were they to do?" said her uncle Jose Lugo. 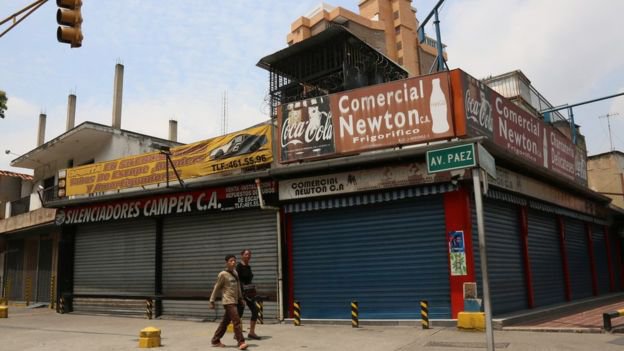 "The children were very scared," Emilse Arellano, whose child's dialysis had to be cancelled, told the AFP news agency.