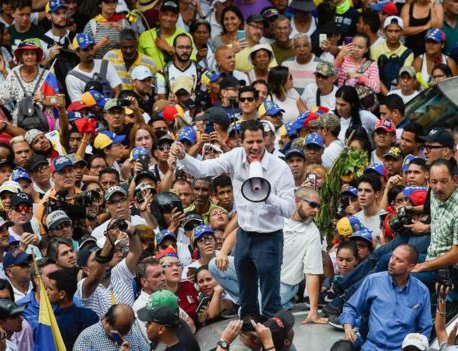 Venezuela's President Nicolas Maduro has praised the armed forces for staying loyal to him and defeating a "coup" led by the US and opposition leader Juan Guaido.

His remarks came during a day of protests in the country by pro-government and opposition groups.

In the capital Caracas, some supporters of Mr Guaidó scuffled with police.

Mr Maduro has retained the support of the military and close allies including Russia and China. since Mr Guaidó declared himself interim president on 23 January. 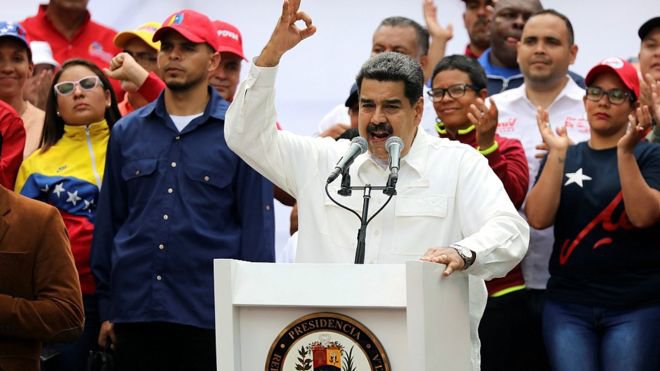 What is the latest?

Speaking outside the Miraflores presidential palace, Mr Maduro referred to Mr Guaidó as "a clown and a puppet" of the US.

"They invited the armed forces to carry out a military coup and their reply was clear - they have defeated the coup plotters," he said.

Meanwhile, police were out in force during an opposition march in the city.

Some protesters pushed against police in riot gear shouting "murderers" and officers responded by firing pepper spray at them.

Addressing the rally, Mr Guaidó announced he would embark on a tour of the country and summon all his supporters to attend a mass protest in Caracas "very soon". 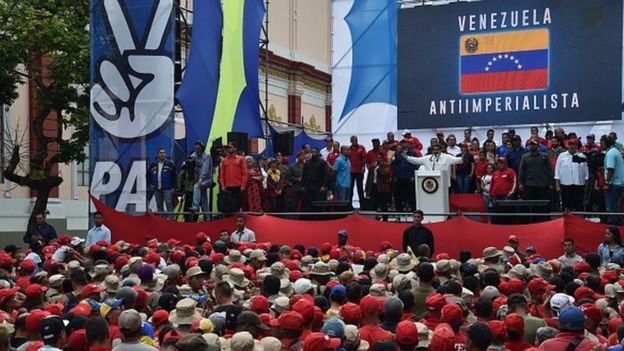 "We are going to come, all of Venezuela to Caracas, because we need all of them united," he said.

Mr Guaidó, who leads the opposition-controlled National Assembly, has been recognised as interim president by more than 50 countries.