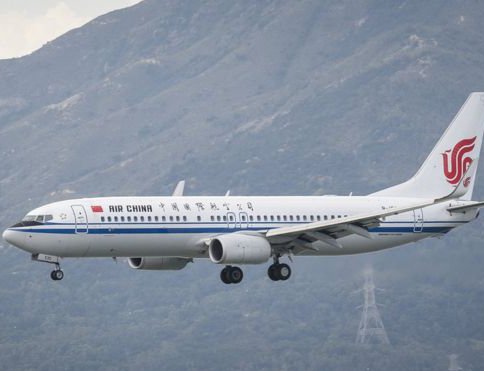 The Ethiopian Airlines flight crashed minutes after takeoff on Sunday, killing all 157 people on board.

It was the second crash involving a 737 Max 8 in the past five months.

In October, a flight operated by Lion Air lost altitude soon after takeoff, killing 189 people on board.

"Given that two accidents both involved newly delivered Boeing 737 Max 8 planes and happened during take-off phase, they have some degree of similarity," the Civil Aviation Administration of China said in a statement.

However, experts warn it is too early to say what caused the Ethiopian Airlines disaster.

Several Chinese airlines will be affected by the suspension including Air China, China Eastern Airlines, and China Southern Airlines.

More than 90 Boeing 787 Max 8 models are in use in mainland China. The aircraft is relatively new to the skies, having only been in commercial use since 2017. 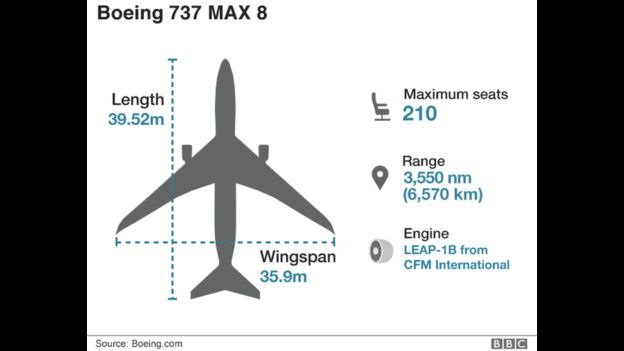 Boeing said it was "deeply saddened" by the crash and is sending a team to provide technical assistance.

An investigation will be led by Ethiopian authorities co-ordinating with teams of experts from Boeing and the US National Transportation Safety Board.

China's aviation regulator said it would notify airlines as to when they could resume flying the Boeing jets.

The Chinese have not been the only ones to react to the disaster by halting operations.

Cayman Airways said in a statement that it has grounded its two 737 MAX 8s "until more information is received."

Ethiopian Airlines, however, said it would continue to fly its fleet of 737 MAX 8s since the cause of the crash has not yet been determined.

Several North American airlines operate the same aircraft and have said they are monitoring the investigation. Southwest Airlines flies 31, while American Airlines and Air Canada each have 24 in their fleet.