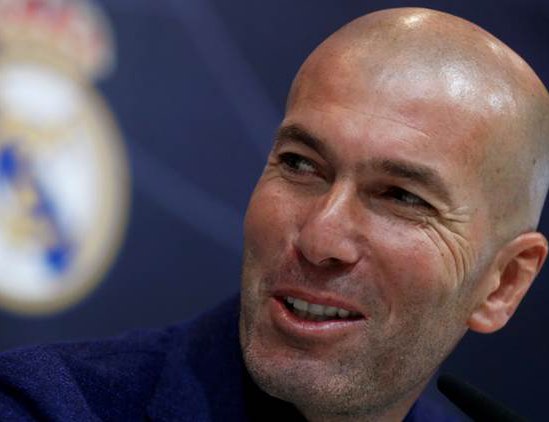 Zinedine Zidane has made a stunning return as coach of Real Madrid after the club decided to resolve Santiago Solari’s contract with the club on Monday. In a statement that the club released, it was announced that the Frenchman had signed a contract till June 30, 2022.

“Real Madrid’s board has decided to terminate Santiago Solari’s contract as coach of the first team,” read an official statement on Monday.

“Real Madrid appreciates the work done by Santiago Solari and the commitment and loyalty he has always shown to this club.

“The board has also agreed to the appointment of Zinedine Zidane as the new coach of Real Madrid with immediate effect for the remainder of the season and the next three, until June 30, 2022.”

It was earlier reported in Spanish media that Zidane could take training as early as Tuesday and be in charge for Madrid’s league game at home to Celta Vigo on Saturday.

The Spanish giants have endured a terrible week in which they crashed out of Copa del Rey, Champions League and realistic chances of catching up with Barcelona in the league dashed.

Even though Solari led Madrid to a 4-1 win at Real Valladolid on Sunday, question marks persisted over his job and it came to a head on Monday after the meeting of Real Madrid board of directors.

The biggest blow of it all for the club was the 4-1 defeat to Ajax in the second leg of the UEFA Champions League – ending their reign as European champions of over a 1000 days.

Zidane’s priority now will be to secure Madrid’s place in the top four.

Frequently rated among the greatest players of all time, Zidane first took charge of Madrid in January 2016 after the dismissal of Rafa Benitez. He went on to win the Champions League in each of his three seasons with the Spanish giants beating Atletico Madrid in the 2016 final, Juventus in 2017 and Liverpool in 2018.

Apart from that, he won La Liga in his first full season at the club and the Club World Cup twice. His success saw him win the Best FIFA Men’s coach in 2017. The Champions League victory 2018 made him the first manager to win the tournament three times on the trot and he resigned from the post after that.

Madrid went on to sign Julen Lopetegui, who was the head coach of the Spanish national team and was in Russia for the 2018 World Cup. The Spanish Federation was miffed by the appointment and sacked Lopetegui from his positions two days before the World Cup began.

Lopetegui’s time at Madrid turned out to be a short one. Los Blancos lost 4-2 to cross town rivals Atletico Madrid in UEFA Super Cup in his first match in charge. A string of poor results followed and he was finally sacked after a 5-1 defeat to Barcelona.

Zidane has enjoyed a good relationship with most players in his time in charge at Madrid except for struggling Welsh star Gareth Bale. Bale, after scoring two goals coming off the bench in the 2018 Champions League final, including a stunning bicycle kick, said publicly that he would be looking for other avenues if he doesn’t get regular appearances in Madrid. With the fans turning on the Welshman after the one of the two El Clasico losses, Zidane’s appointment could hasten his departure from the Spanish capital.