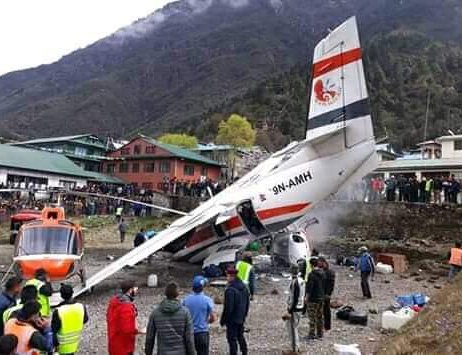 A Summit Air plane crashed while taking off from the Lukla Airport on Sunday morning. The incident occurred as the aircraft with registration number 9M-AMH lost control, at the runway while preparing to take off and hit two helicopters parked at the Lukla-based helipad which is 30-50 metres from the run way.

The uncontrolled aircraft had hit the helicopters of Mananag Air and Shree Air. A Summit Air LET 410 aircraft ‘9N-AMH’ preparing for take-off collided with a Manang Air’s B3e Helicopter ‘9N-ALC’ which is reported to be completely damaged and other one is partially. 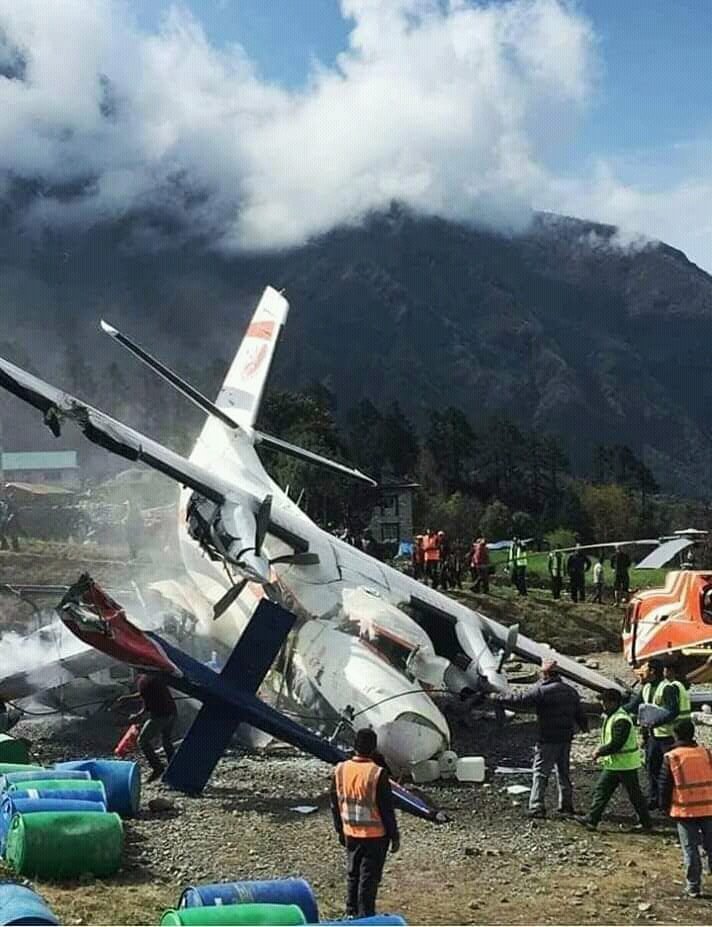 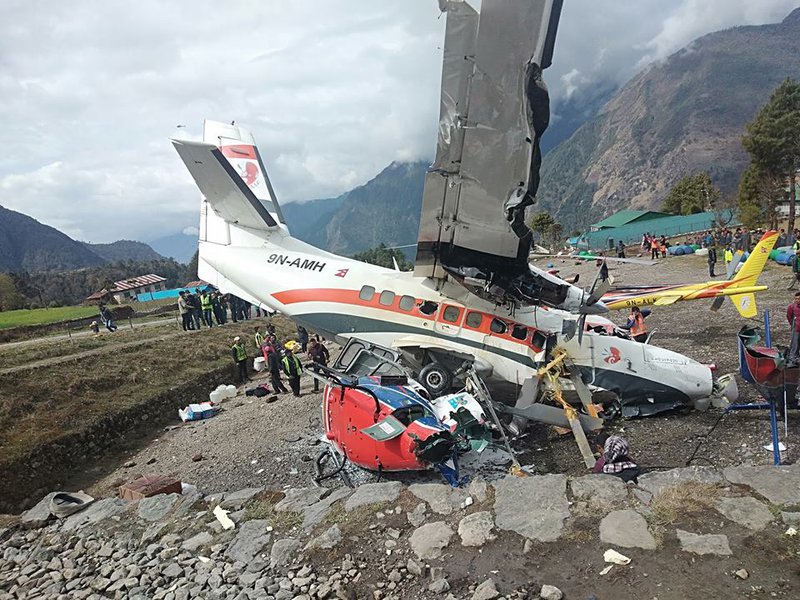 According to the press statement issued by Civil Aviation Authority of Nepal (CAAN), the Summit Air’s plane and Manang Air’s chopper were completely destroyed in the incident, while another chopper (9N-ALK) belonging to Shree Airlines was partially damaged. 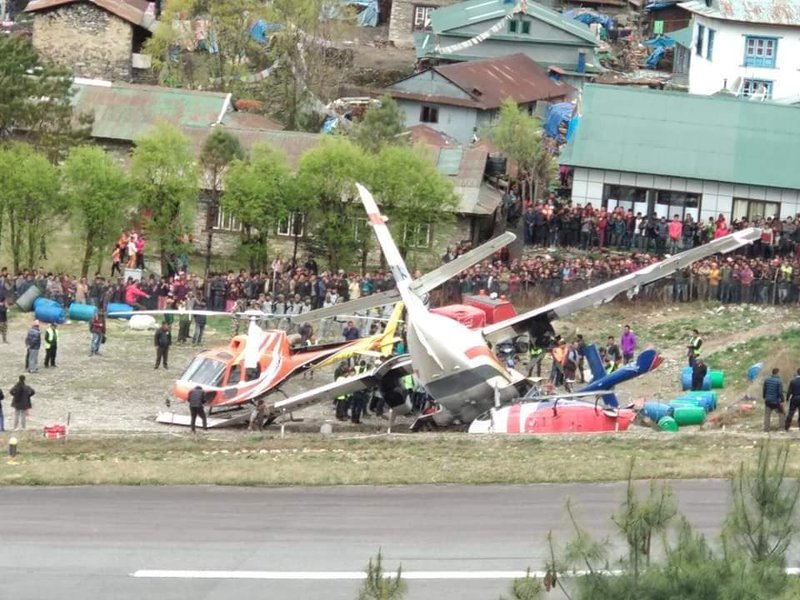 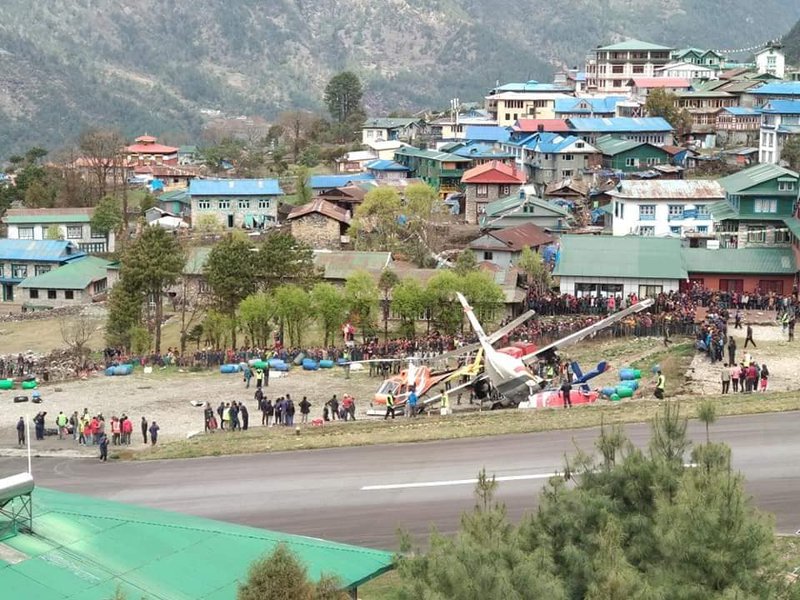 International Air Travel Demand Won’t Be Back Until 2024 By NEW SPOTLIGHT ONLINE 2 weeks, 1 day ago