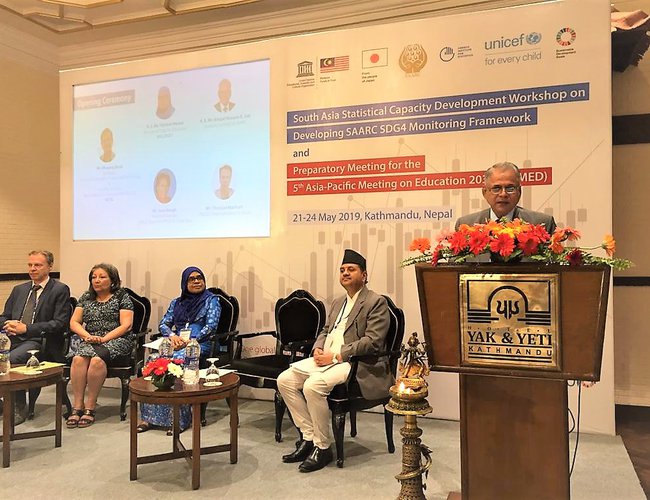 Delivering a Key-Note address at the Inaugural Session of the South Asia Statistical Capacity Development Workshop on Developing SAARC SDG4 Monitoring Framework and Preparatory Meeting for the Fifth APMED in Kathmandu today, the Secretary General said, “one of the objectives of SAARC, as enshrined in its Charter, is to provide all individuals the opportunity to live in dignity and to realize their full potentials. This we believe is possible through education.”

Shedding light on the genesis of regional cooperation in education, he stated that at the Fourth SAARC Summit in 1988, the leaders decided to include education as one of the areas of regional cooperation. He added that regional collaboration on education is being vigorously pursued through several inter-governmental mechanisms, such as the meetings of SAARC Education Ministers and Heads of University Grants Commissions or Equivalent Bodies. The SAARC Chairs, Fellowships and Scholarships Scheme is another good example of the collective efforts of the Member States, he said.

“Moreover, the establishment of the South Asian University is considered as one of the most significant accomplishments of SAARC in imparting quality education,” he asserted.

Citing the directives of the SAARC leaders at the Eighteenth SAARC Summit, he said that the leaders have expressed their resolve to eliminating illiteracy from the region in line with the global goal of education for all and ensuring quality education in all institutions by reforming curricula, teaching methods and evaluation systems adequately supported by physical, technical and other facilities. “At the same Summit, our leaders also agreed to promote regional cooperation in the field of vocational education and training,” he said. 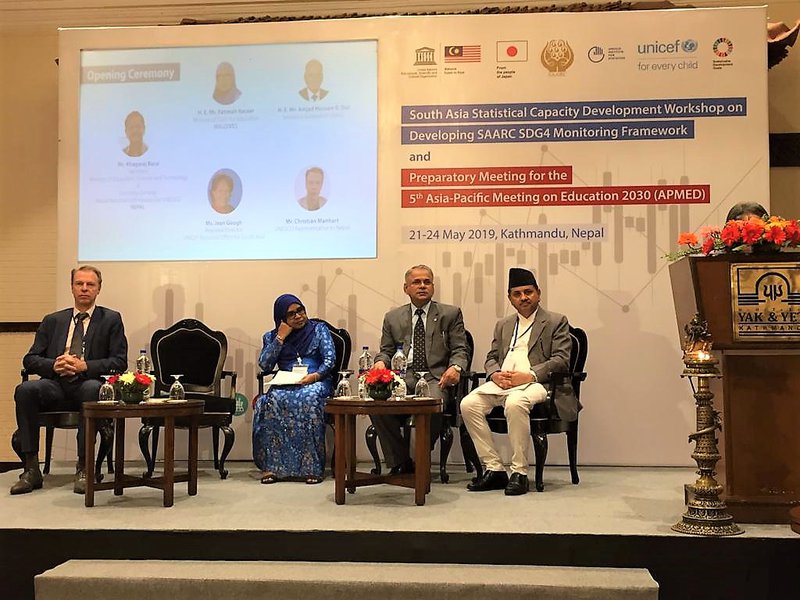 The Secretary General also apprised the participants of the Workshop about the SAARC Framework for Action (SFFA) on Education 2030, which not only provides an overall strategy for educational development, but it also seeks to promote specific commitments of South Asian governments in achieving SDG4.“We have also agreed on an “Action Plan on the Implementation of the New Delhi Declaration on Education”, which identifiesthirteen areas for cooperation,” he said.

The Workshop which began today in Kathmandu was organized by UNESCO and UNICEF in partnership with the SAARC Secretariat and the UNESCO Institute for Statistics. It will end on 24 May 2019. Both UNESCO and UNICEF have Memoranda of Understanding with SAARC for collaboration in areas of mutual interest.

Discussion On Gurkhas By NEW SPOTLIGHT ONLINE 13 hours, 18 minutes ago

Nepal To Establish 500 BOP In Border With India And China By NEW SPOTLIGHT ONLINE 2 days, 18 hours ago