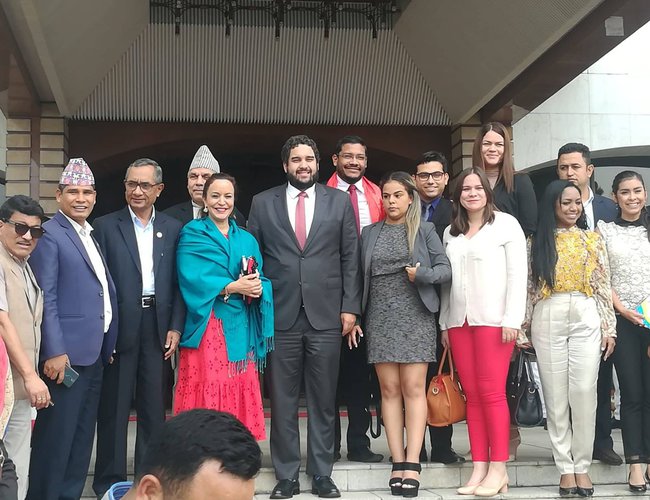 He paid a visit to Nepal with an objective to pursue Nepalese communist led government and communist leaders to oppose U.S. sanctions and show solidarity with his father's regime, Nicolás Maduro.

It is reported in the media that prime minister Oli and foreign minister Gyawali sent the message Nepal that they are unable to meet them officially given the current international situation.

In the meeting, NCP leaders and former prime ministers reportedly expressed sympathy and solidarity with them. Although all the communist leaders maintain silence, they have expressed their sympathy to Venezuelan President and socialist government.

NAC Brought 17 Death Bodies Of Nepalis From Malaysia By Agencies 22 hours, 44 minutes ago