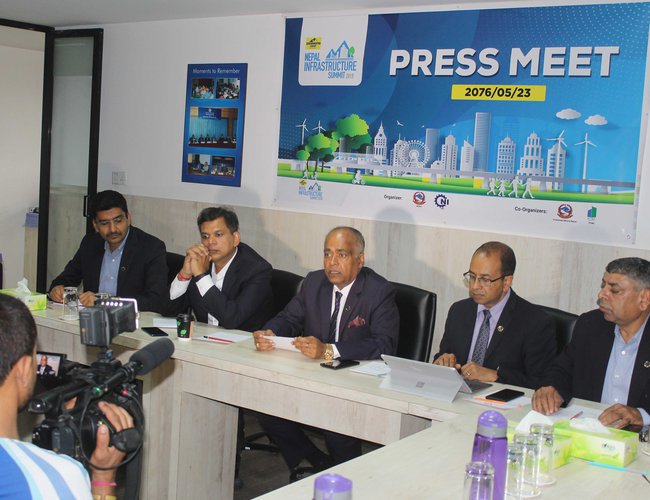 Confederation Nepalese Industries (CNI) said that the final preparation for Nepal Infrastructure Summit-2019 has already completed. Addressing the press meet, President of CNI Satish Kumar Moore said that they are very much happy to support given by different organizations to make it success.

He said that 45 different projects will be presented during two day summit. The Summit will be held in 11-12 September.

Co-organized by Nepalese Youth Construction Contractor and Nepal Investment Board, over 80 experts from different parts of the world will present third paper. All seven chief ministers will take part in provincial level discussion on infrastructure development.

The World Bank To Provide US$ 45 Million To Promote Sustainable Livelihoods By NEW SPOTLIGHT ONLINE 5 days, 14 hours ago