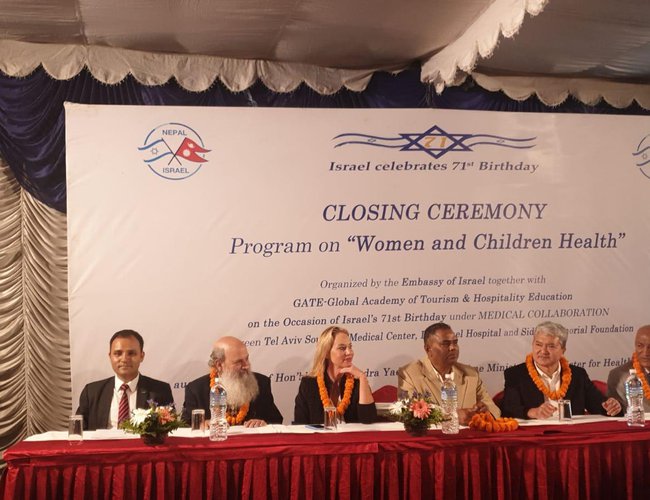 Deputy Prime Minister and minister of Health and Population Upendra Yadav said that Nepal and Israel have been enjoying the cordial relationship since 1960. He said that Israel has been supporting and cooperating in different sectors of health, education, agriculture and others.

“Nepal appreciates Israeli support and wish for cooperation in the future as well," said Minister Yadav

Addressing closing ceremony of a week-long program jointly organized by the Embassy of Israel and GATE-Global Academy of Tourism & Hospitality Education today, Deputy Prime Minister Yadav said that this kind of exchange will help to strengthen health system in Nepal. 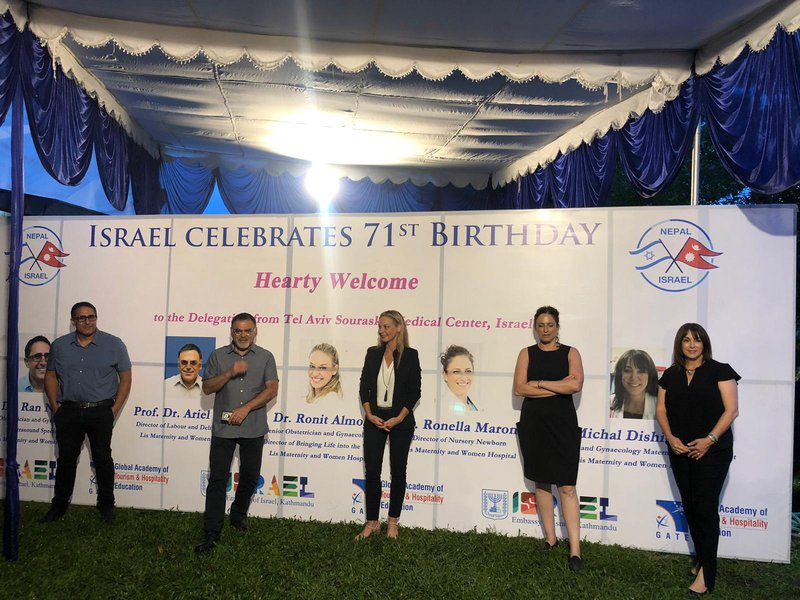 Attended by Diplomats, bureaucrats, and dignitaries from various sectors Benny Omer, Ambassador of Israel said, “I would like to thank the Israeli doctors who came all the way from Israel and did a wonderful job for the Nepalese people. I really appreciate all the doctors and participants for their active participation and warm hospitality. We look forward to future cooperation in the health sector.”

The Embassy has been conducting various activities to mark 71st Independence of Israel, this project also being one of them, and it hopes to continue such programs in the future to give out to the community.

Dr. Ronit Almog, the Head of Bringing New Lives into the world from Tel Aviv Medical Center in Israel said, "This is our 5th delegation in the last year. Our aim is to reduce fetal and maternal morbidity and mortality in developing nations. We met warm and welcoming medical teams had a great cooperation. We saw a very good health level and system in Nepal and look forward for future mutual cooperation.” 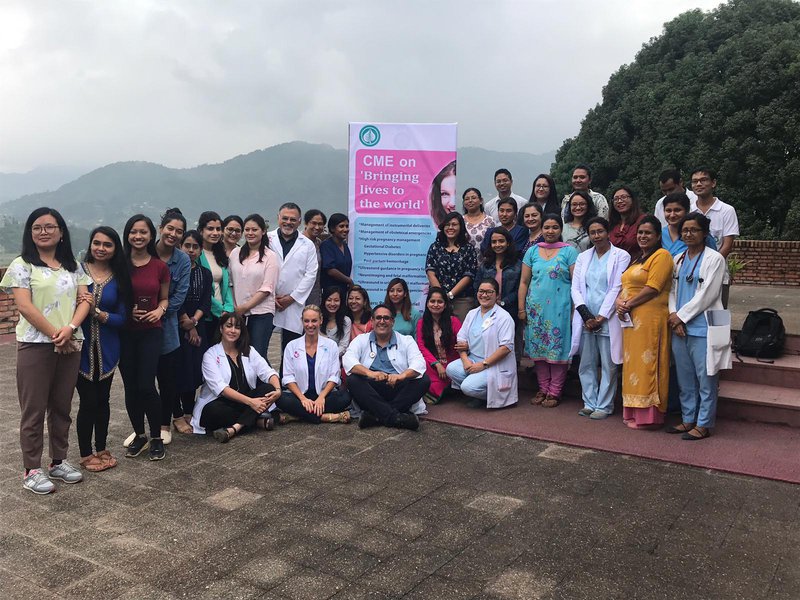 Prof. Dr. Ram Kantha Makaju Shrestha, Vice Chancellor of Kathmandu University, praised the Israel's innovation and start ups. He expressed that their knowledge should be shared and looks forward to collaborations in future as well.

Thanking the medical delegation for their support and encouragement, Dr. Shyam Sundar Dhaubhadel, Founder President of Siddhi Memorial Foundation said that Nepal is a toddler, Israel is a grown up sister and that Israel has to share their expertise and Nepal has to learn.

During their stay, they shared their expertise, conducted workshops and CME (Continuing Medical Education) on Pediatric and Gynecology with the doctors and staffs of Dhulikhel Hospital and SMF.

Likewise, the Nepali medical professionals were exposed to new life-saving technologies in the field of pediatric, obstetrics and gynecology. This highly useful medical equipment brought from Israel were donated to the hospitals with a hope to be able to better treat, improve patient outcomes and save lives of mothers and newborns. Moreover, the possibilities of future collaborations were discussed.

It is a leading Israeli hospital in the field of Gynecology and Obstetrics and has the largest acute care facility in Israel, treating about 400,000 patients and hosting 1.8 million patient visits per year. A 1500-bed world-class governmental academic medical center, it serves a population of one million people, including residents from the greater Tel Aviv area and visitors to the metropolis. The delegations of the hospital has travelled to other developing countries in earlier years with the mission to train local clinicians, implement clinical practices and advance medical skills in countries where the rates of pregnancy complications and maternal and infant mortality rates are among the highest in the world.