Awadh-Mithila Summit To Be Held In Ayodhya In December

Awadh-Mithila Summit To Be Held In Ayodhya In December 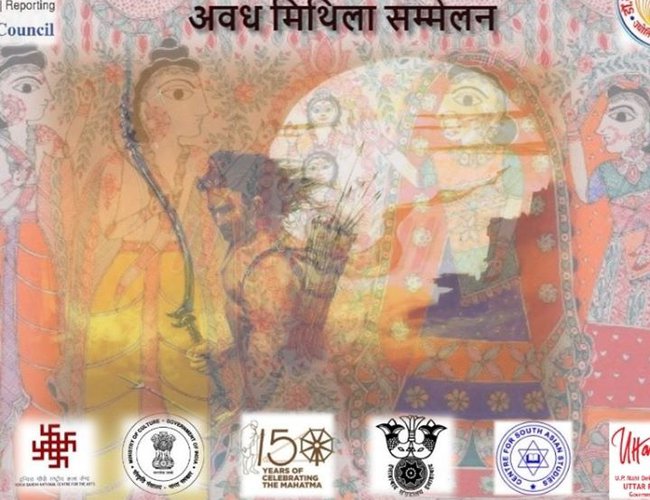 In a bid to strengthen historic ties between the Awadh region of Uttar Pradesh and the Himalayan nation of Nepal, the two-day ‘Awadh Mithila Summit, will be organised in Ayodhya from December 14.

Dr Ram Manohar Lohia University, Ayodhya, host of the summit, and Mithila University, Bihar, are organising the event which participants from Nepal, Sri Lanka and Thailand among others will attend.

Chief minister Yogi Adityanath and the governors of Uttar Pradesh and Bihar are also likely to attend the event.

The summit has been conceptualised by India Think Council, New Delhi, an independent research organisation that works as a think-tank on economics, politics, society and cultural issues. In the summit, several sessions on development, culture and religion have been planned.

Prominent historians, economists and political experts from Awadh region, Mithila in Bihar and SAARC countries will meet to discuss ways to further strengthen ties between the two countries.

“Development of Ayodhya cannot be without understanding its cultural past. The summit will try to revive historic ties between Awadh, Mithila in Bihar and Janakpur (Nepal). Awadh is associated with Lord Ram while Janakpur and Mithila are associated with Goddess Sita,” said Prof Manoj Dixit, vice chancellor, Ram Manohar Lohia Awadh University, Ayodhya.

“At the summit, historians, intellectuals and experts from other fields will take part. Apart from reviving historic ties between these regions, they will also discuss ways to develop two regions,” added Dixit.

The Mithila region of Bihar was once part of Janakpur, now in Nepal. Janakpur was the capital of the kingdom of Mithila Naresh Raja Janak, father of the Goddess Sita.

“Awadh region in Uttar Pradesh, Mithila in Bihar and Janakpur in Nepal share historic ties. We will try to revive these ties at the summit,” said Prof Dixit.

On November 21, Ram Barat, the marriage procession of Lord Ram, left Ayodhya for Janakpuri in Nepal.

The Vishwa Hindu Parishad organises the event every five years. This year, it was a grand affair as it was held a few weeks after the Supreme Court verdict in favour in Ram temple.

338 Households Displaced In Fungling Due To Fire By Agencies 2 days, 4 hours ago