India Is Preparing To Deport Rohingyas, How Nepal Shield Its Border To Prevent Their Entry?

India Is Preparing To Deport Rohingyas, How Nepal Shield Its Border To Prevent Their Entry? 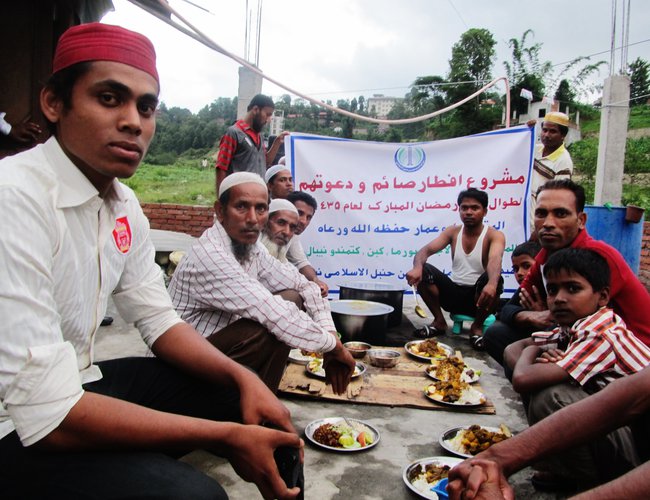 As Indian Union Minister Dr Jitendra Singh has said that Rohingyas living in Jammu and Kashmir will be deported, the refugees likely to enter Nepal since Nepal shares open border with Nepal.

Since Nepal has over 371 Rohingyas refugees living in Kathmandu, the number is likely to be higher than this that are living unreported in Terai region bordering with India.

After the amendment of the bill, they do not benefit under the Citizenship Amendment Act enacted by the Centre in November last year. He added that the Rohingyas will not be able to secure citizenship by “any means”.

A government estimate puts the number of Rohingyas living in Jammu and Kashmir at 5,700 while a 2017 estimate by the United Nations High Commissioner for Refugees (UNHCR) suggests a figure of 7,000 reports Hindustan Times.

According leading Indian daily, Singh was speaking at the inaugural ceremony of a three-day workshop on General Financial rules in Jammu on Friday and said there were “no ifs and buts” over CAA’s implementation in the union territory.

A government estimate puts the number of Rohingyas living in Jammu and Kashmir at 5,700 while a 2017 estimate by the United Nations High Commissioner for Refugees (UNHCR) suggests a figure of 7,000.

Singh said the details of the deportation exercise will be figured out by the Centre.

“Now, what deportation arrangements will be put in place and how they would be deported will be looked into by the Centre. Their lists will be prepared and biometrics wherever required will be taken because CAA doesn’t give any leverage to Rohingyas.”

Rohingya Muslims are considered to be one of the most persecuted communities in the world and their exclusion from the CAA that seeks to expedite Indian citizenship to religiously-persecuted minorities from three neighboring countries of Afghanistan, Pakistan and Bangladesh has been labeled as “anti-minority” by the critics of the legislation, leading to widespread protests across the country since its passage in the Parliament last year.

“They don’t belong to the three countries and any of six minorities for which CAA has been constituted. They have come from Myanmar. They would not be able to secure citizenship by any means,” Singh said, leaving any place for doubt.

Jitendra Singh’s statement is in line with an earlier directive by the Centre to the erstwhile Jammu and Kashmir government to prepare a database of Rohingyas and Bangladeshis living in the region.

On March 3, 2017, the then home minister Rajnath Singh had sought a report on the influx of refugees to Jammu and Samba districts.

On March 25, police had recovered fake state subject certificates, voter ID cards, and Aadhaar and ration cards from the temporary shelters of Rohingya Muslims in Jammu.

Administration records list 17 FIRs against 38 Rohingyas for various offences including those related to crossing the border illegally and drug-trafficking.

The central government had filed an affidavit in the Supreme Court in 2017 describing around 40,000 Rohingya refugees living in India as “a security threat” and said they must be deported to Myanmar.

Some security inputs have indicated links of Rohingya refugees with Pakistan’s ISI, the Islamic State and other extremists groups that want to spread communal and sectarian violence in India.

The United States In Partnership With ADB Completes Two Secondary Schools In Kathmandu By NEW SPOTLIGHT ONLINE 11 hours, 29 minutes ago