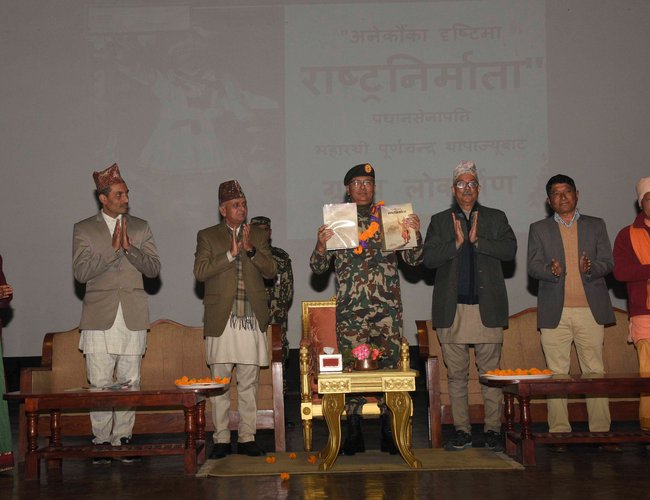 Chief of the Army Staff General Purna Chandra Thapa has unveiled a book Anekaaunka Drishtimaa Rashtra Nirmata (Nation Builder on the Perspectives of Other amid a function at Army Officer’ Club.

Addressing the gathering, COAS General Thapa has said that Prithvi Narayan Shah has immense contribution to the unification of the country. He said that Nepal Army is developing the Unification Trail to promote the tourism in Nepal.