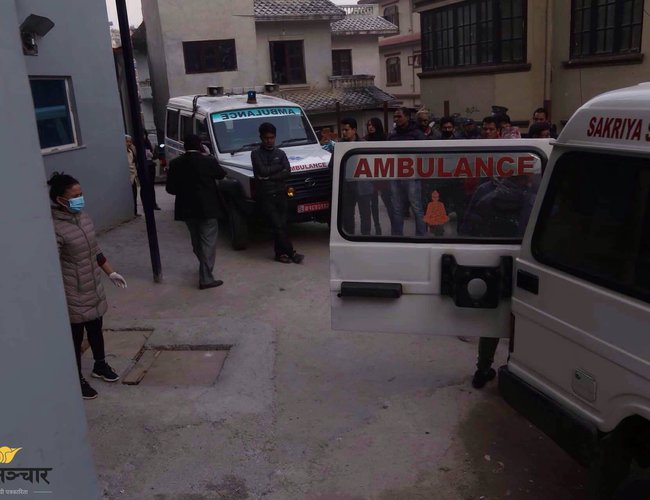 All eight Indian tourists airlifted to Kathmandu from a resort in Daman, Thaha Municipality of Makawanpur district, died upon arrivals at HAMS Hospital in Kathmandu on Tuesday.

The eight deceased Indian nationals, two couples and four children — comprising a group of 15 people travelling to Pokhara from Kerala — were returning home. According to police, on the way, they had stopped at Everest Panorama Resort in Daman Monday Night.

According to the manager at the resort, Shiva KC, the guests who arrived at around 9:30 pm yesterday from Pokhara stayed in a room and turned on a gas heater to keep warm The Himalayan Times in reports.

They had booked a total of four rooms, eight of them stayed in one room while the remaining of them in another room, the manager said. He added that all windows and the door of the room where the eight were staying were bolted from inside reports daily.